For the first time in the world created 1000 nuclear processor 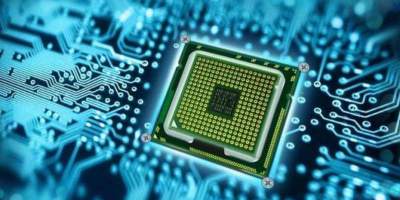 Scientists have created a unique processor.

A microchip containing thousands of independent programmable processor cores, developed by a team of specialists from the faculty of electronic computing.

“As far as we know, the world’s first 1000-core chip, which is also the processor with the highest clock frequency ever created in the University,” said Bevan Baas, Professor of electronic and computer engineering, who led the team. According to the analysis of a group of Officers, none of the currently created in the world of chips contains over 300 cores, and most of them were created for research purposes.

Each core is able to run a program independently of the others, which is fundamentally more flexible approach than SIMD (single thread, multiple data stream) used in a graphics processor GPU. The idea is to break the application into many small pieces, each of which can run in parallel on different processors, providing high throughput with less energy consumption. “Since each core is independent from each other clock frequency, it may be unnecessary to disconnect for further energy savings,” said PhD student Brent Bohnenstiel, which developed the core architecture of the device.

Baath also said that the chip is the most energy efficient multi-core processor of the existing. All 1,000 cores can do both 115 billion operations, which consumes only 0.7 W, which can provide a one AA battery. Thus, KiloCore is 100 times more effective than any modern computing device. For the chip have already developed applications, which include wireless encoding/decoding, video processing, code. They use a large amount of parallel data, such as various scientific and data centers.