What do the presidents with the winners of the beauty contest The presence of Alexander Lukashenko at the contest “Miss Belarus” forced to look at the relationship of the presidents of other countries with famous beauties.

Frankly, the appearance of Alexander Lukashenko at the final of “Miss Belarus-2016” sensation was gone. This event is the head of state visits with surprising regularity. Footage, which shows how he is actively watching the beauties on the stage no less attractive companions, we get almost every year. What draws him to this event and why does the President know in person participating in the beauty contest, he says. So it will be interesting to see what relationships develop with famous beauties from the leaders of other countries.

We note immediately that very few serious European politicians attending such events, preferring as entertainment more meaningful cultural pastime, like Opera or charity evenings. But their Asian and African counterparts is not just “lit up” in the contest or just in the company of a different kind of “miss”.

The fact that the Belarusian leader is not the only connoisseur of fine art, confirmed by the biography of the President of Kazakhstan Nursultan Nazarbayev. With his name connect the names of two winners of a beauty contest. And though the official version is the only wife called Nazarbayev Sara Nazarbayeva born in 1941, in Kazakhstan, everyone knows that the third “a younger wife” Nazarbayev (second wife the former is attributed to the stewardess on Board the presidential plane) is “miss Kazakhstan” Asel Isabaeva. 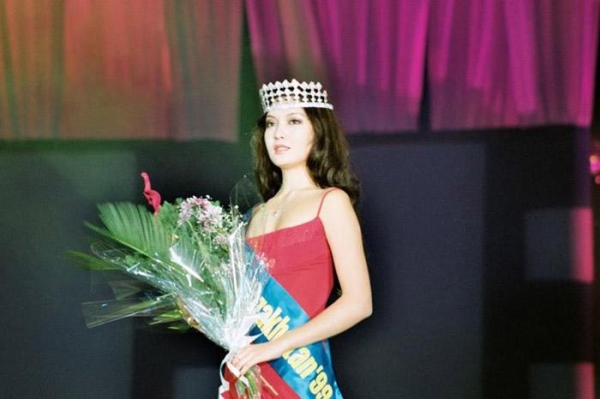 An affair with a 17-year-old model 57-year-old Nazarbayev has started in 1997. In 2005 in Turkey Asel Nazarbayev gave birth to the Sultan’s son — the only heir of the President in the male line. At least so says the disgraced politician Rakhat Aliyev, who has long been the son in law of Nazarbayev.

The other “miss” in life of the Kazakh leader “happened” five years ago. She was a 17-year-old “Miss Kazakhstan-2011 Ainur Toleuova. It was alleged that this young girl is specially selected to Nazarbayev two well-known officials, as well as the fact that “Miss Kazakhstan” made specifically for Nazarbayev. As for the official wife of Nazarbayev, since the end of 2000-ies she almost fell out of the media. In the book of the chief of staff of the President of Kazakhstan Mahmud kassymbekova “First. Essays on the President of the Republic of Kazakhstan” (2008) there is no mention about Sara Nazarbayeva, there was no space for her photos.

An affair with beauty Queen and is credited with Philippine President Benigno Aquino III III. Philippine beauty Pia Alonzo Wurzbach won in the recent competition “Miss universe 2015”. However, many still remember that the title went to her with the scandal.

The confusion occurred right at the show. Given only that the crown of the winner, which was set up on the head of the Colombian Ariadne’s Guttierez, took on the stage and “perebrosali” Filipina Pia. The presenter said that was wrong, in the end, “Miss Universe,” proclaimed the mistress of the President of the Philippines. 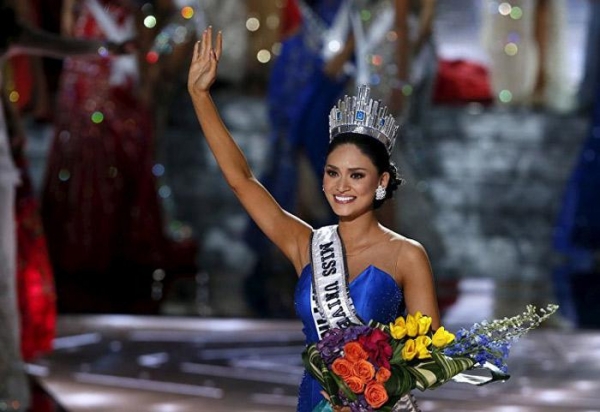 By the way, note that the contest “Miss universe” belongs to one of the main favorites of the current presidential race in the United States Donald Trump. This fact, as well as his love for a different kind of “miss” (wife Melania trump is also a former model and “Miss bikini”), recently became an occasion for jokes from current President Barack Obama. “Establishment Republicans skeptical of the fact that he (trump) is likely to be their candidate. They say he lacks experience in foreign policy to be President, Obama said, and immediately said: — in Fairness, he spent years meeting with leaders from around the world: Miss Sweden, Miss Argentina, Miss Azerbaijan, and others.”

Russia: from love to hate

What is happening in neighbouring Russia? As is known, Vladimir Putin, beauty contests are not fond of, preferring more sporting events, especially gymnastics orientation. However, his name from time to time flashes in company with the names of various “miss”. Recently, two participants of the beauty contest “Miss Russia-2015” took a selfie with the President of the Russian Federation, and then became the heroine of news. 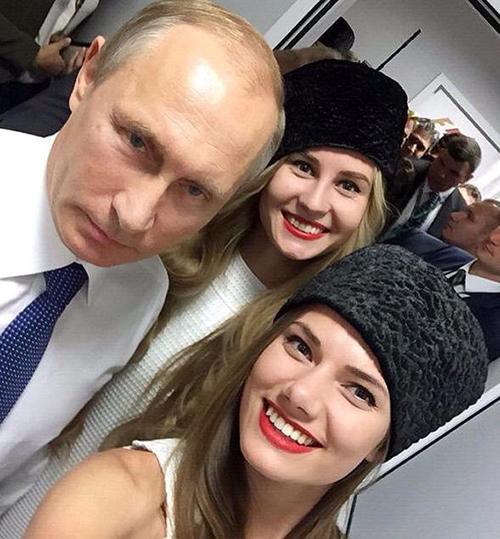 “Will now what to tell the grandchildren!” — happy 20-year-old “Ms. Krasnodar” Violetta Igoshina.

However, judging by the attitudes of the presidential guard, she didn’t have to happen — the good Putin himself has been configured favorably. Alas, the contest girl it did not help.

However, not all beauties are in such awe of the President. So, in 2014, a scandal about political views of one of the participants of the contest “Miss St. Petersburg” — a 25-year-old buryatka Victoria Maladewa. Its relation to the annexation of the Crimea and phrases that President Vladimir Putin – “the worst thing that could happen to Russia 50 years” greatly stirred up the public, which is required to remove the participant from the contest. 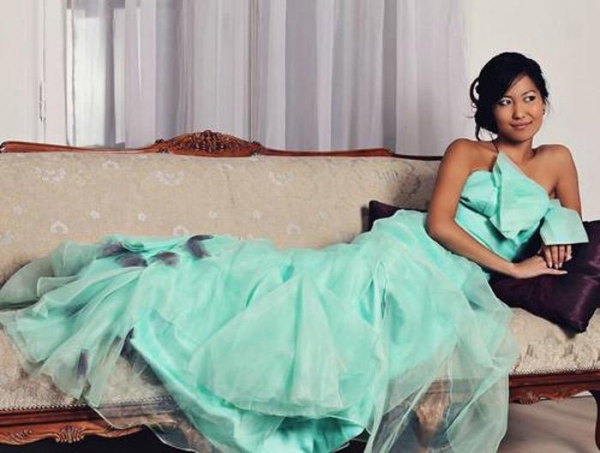 Turkey: prison for insulting the President

However, not only in Russia some beauties don’t like their presidents. So, in Turkey, the former beauty Queen appeared in court for insulting erdoğan. The occasion was a post in Instagram, where the model of Boucarut Merwe published a Poem about the great Leader”. The court found that the product contained insults to the President, and sentenced “Miss Turkey-2006” to one and a half years. 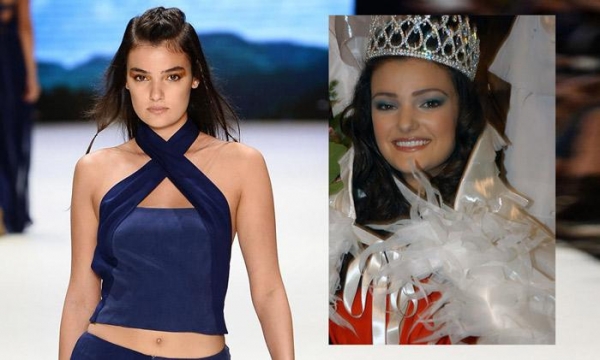 Zimbabwe: a test of decency

But African leaders, beauty contests like no less than the President of Belarus. For example, the permanent leader of Zimbabwe, Robert Mugabe, often on the occasion of his birthday suit such events. Beauty contest, he enjoyed watching from the stands, which at this day is also his favorite football. Zimbabwean beauties compete in washing clothes, cooking, playing football and even public debates.

By the way, recently the President’s wife personally checks the moral character of a potential miss Zimbabwe. Girls have to swear on her Bible that was not filmed in the Nude. Failure to follow this rule, the title lost some of the winners of competitions of last years. 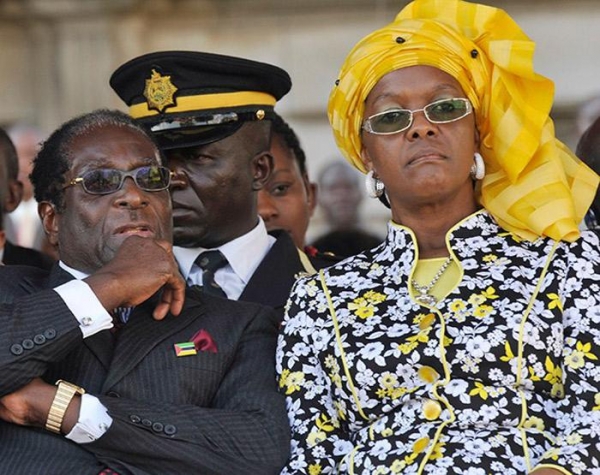 Swaziland: dance for the king

And, of course, where without the famous connoisseur of the king of Swaziland Mswati III? Among his many wives — entirely of the participants in the beauty contest. The number of his wives Mswati III updates regularly through traditional Umhlanga holiday, the culmination of which becomes a massive dance half-naked girls who want to get married Mswati III. However, boners occur. For example, the 12th wife of the king, 22-year-old Oak, the former finalist of miss teen Swaziland, was not faithful to her husband, and running at night in uniform to the Minister of justice. But for eighth wife Mswati had to answer before the court. For the violation of its law prohibiting sex with a girl before reaching her 21-year Mswati himself punished by a fine of one cow.

In General, relationships with beautiful women from leaders of different countries versatile and exciting. It is a pity that some of them are trying hard to turn a beauty contest in politics.