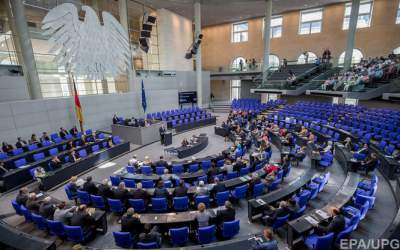 Earlier the Turks had said that the vote in the Bundestag will be the litmus test of the friendship between the two countries.

The Bundestag on Thursday, June 2, was recognized as a genocide the killings of Armenians in the Ottoman Empire in 1915-16.

In particular, against the corresponding resolution voted only one member of the German Parliament. The majority of MPs voted in support of this decision in spite of strong political pressure by Turkey, which refuses to recognize the events of 1915 as genocide.

Earlier, Prime Minister of Turkey, Binali Yildirim stated that the vote in the German Bundestag will be a test of friendship between the two allies and called on German MPs to refrain from making “irrational” decisions.

According to historians, during the First world war in the Ottoman Empire were killed up to 1.5 million Armenians. Turkey as the successor state of the Empire denies the Armenian genocide, calling on countries to abandon this interpretation of the events of a century ago.

The Turks say that what happened to Armenians in 1915 is the event that could happen to any community in war.