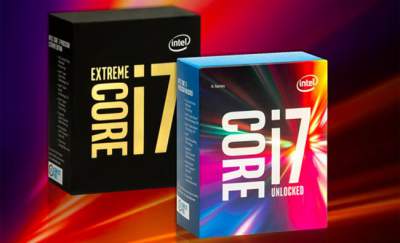 The new processor operates at a frequency of 3 GHz.

While the “megahertz war” ended, a new era began, when the largest chip manufacturers compete to see whose brainchild more cores. Intel, for example, in the framework of the exhibition Computex announced its new CPU Core i7-6950X Extreme Edition, which boasts of as many as ten nuclei. Of course, Intel has in 2011 released a 10-core server processor Xeon, but for home computers like the solution presented by the company for the first time.

New processor running at 3 GHz with automatic overclocking under load, up to 3.5 GHz via Turbo Boost technology 3.0, and 25 megabytes of cache memory is really impressive. Of course, new technologies cost a lot of money. Wishing to acquire such a processor should be borne in mind that it will cost a dollar 1723. The assurances of the official representatives of Intel, in the processing of 3D-graphics the new processor is two times faster than Quad core i7-6700K, and also 35% faster than the Core i7-5960X. When it comes to handling 4K video, the new chip shows a performance increase to 65%. The new line will also include an 8-core processor i7-6900K for $ 1089 and 6-core i7-6850K for 617 $ and the i7-6800K for 434 dollars. All of the processors of the new line fully unlocked for overclockers, so that the latter will be able to disperse them to fit your needs. The new i7 also support DDR4-2400. If the price of the new models of processors of Intel confuses you, you can wait symmetric response of AMD, the most powerful processors which now can only boast of eight cores.