Home / World / In Austria, the plan to demolish the house where Hitler was born

In Austria, the plan to demolish the house where Hitler was born The house where Hitler was born, can carry.

The Austrian authorities are considering to demolish the house in the town of Braunau, birthplace of Adolf Hitler. Because of the controversial situation with this house continued for some years.

The house at number 15 on Salzburger Vorstadt street in the town of Braunau has been empty since 2011. But until that time, conducted a heated discussion on its future. The building is owned by local resident, Gerlinde Pommer whose family owns the object for more than 100 years, writes UBR.

In 1972, the government of Austria has signed a lease with Pommer, to prevent the pilgrimage of neo-Nazis. Under the terms of the contract, the building area of 800 square meters can only be used for socio-educational and bureaucratic purposes. The home of Hitler has become a center for people with disabilities.

However, in 2011 Mrs. Pommer was unexpectedly refused by the city authorities in carrying out the necessary repairs. After fruitless attempts to negotiate in 2015, the government decided to make more radical steps.

“We made an offer on the purchase, but at the same time considering the possibility of alienation”, — noted in the message of the Ministry of internal Affairs of Austria.

The Minister of internal Affairs of Austria, Wolfgang Sobotka, said that attempts to buy the house from Gerlinde Pommer was not successful. And while the authorities decide legal questions regarding the possible seizure of real estate, perfect solution, he believes the demolition of the object.

Austria has to pay monthly at € 4800, the owner of the property as rent. And the final decision about the future of this house for many years is “in limbo.” 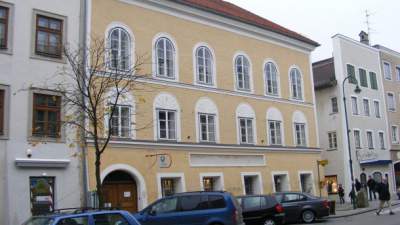