Home / Photo report / Creepy mask that was worn in the past. Photo

Creepy mask that was worn in the past. Photo 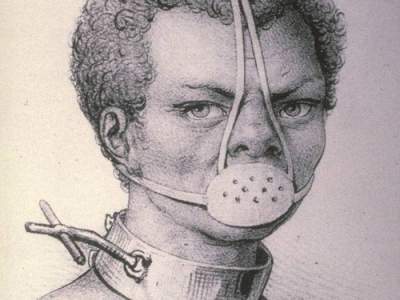 When looking at the mask of the past, modern man in the street does not always understand why they were needed.

Leather, iron, beaks – all these masks do not cause the most pleasant emotions.

The mask of the plague doctor This mask appeared during the plague in 1619. It wore the doctor, having contact with patients. The beak of the mask was filled with fragrant flowers and herbs, as it was believed that the infection is transmitted through odors.

Children’s gas mask in the shape of Mickey mouse

After the destruction of pearl Harbor during world war II the Americans feared gas attacks. And noting that a standard large gas masks children, have created for them reduced copies. To add an element of the game, the gas mask was made in the shape of Mickey mouse. Released today, the only party in 1000 pieces disassembled on collections, and this mask is one of the most repulsive versions of a cartoon mouse. 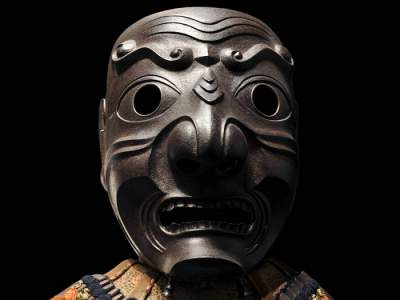 Japanese samurai in addition to their uniforms wore the mask “of menpo”. In addition to its direct purpose the mask was holding his heavy helmet of the samurai. Chain mail was used not only in the middle Ages, but even in the early 20th century. During the First world war, British tank crews were protecting their faces from the shrapnel flying through the breach. The cap they put on prisoners during walks in the 19th century.

This cap was used by the Australian jailers in the second half of the 19th century. Particularly dangerous criminals were in solitary confinement around the clock. And when they were brought back to a walk, then wore a bag with slits for eyes. Thus the prisoners could not with each other to communicate normally. On gladiatorial combat in Ancient Rome was marmillon – well-equipped fighters. In addition to his 15-pound outfits, they wore peculiar hats. The slots for the eyes were protected by a mesh that protects the eyes from piercing blows.

A muzzle for slaves Oppressed by inhuman working conditions of African slaves, in protest of eating dirt, depriving themselves of such a way of living or temporarily losing working capability. And to keep as many employees, their owners put on them something like a muzzle that prevents eat dirt.

Masks for Halloween from the early 20th century Today’s masks for Halloween in the form of witches and devils look very funny compared to those that did the children in the early 20th century.

Mask of the sun What I do women, just to meet the fashion standards. In the 16th century ladies took to the streets in black masks. Thus, the aristocracy was protecting his pale skin from sun tanning. Talkative and noisy women existed at all times. And to silence them, at 16-17 in Scotland and England used this mask. The iron mask was worn on the face, but the tongue was clamped in a Vice, thus not allowing her to utter articulate sounds.