Home / Photo report / What was the slavery in Ancient Rome. Photo

What was the slavery in Ancient Rome. Photo This is a sad page in the history of mankind.

From a modern point of view slavery is one of the most controversial institutions of the past. Today most people believe slavery is immoral and inhumane occupation. For ancient peoples the same slavery was part of everyday life, a fully recognized social institution, which was integrated into the General social structure. In our review of the most striking and little-known facts about slavery in ancient Rome. Among the population of the ancient Roman society was a very high proportion of slaves. Some historians estimate that 90 percent of the free population residing in Italy by the end of the first century BC, were the ancestors of the slaves. The proportion of slaves was so significant that some of the Romans left no written records about the danger of this situation.

In the Senate it was proposed that slaves should be distinguished from free people’s clothing, but it was rejected because of the danger that “then the slaves will be able to convert us” (Seneca, “On Mercy”: 1,24). In Roman history there was quite a lot of documented slave rebellions. Syrian slave named EVN was the leader of one of these uprisings in Sicily in the period of 135-132 BC Was assumed that EVN had submitted himself to be a prophet and claimed to have had several mystical visions. According to Diodorus [“Library”: 35,2], Evo managed to convince his followers with the help of the stunt, during which he spewed sparks and flames from the mouth.

The Romans defeated the army of slaves Evna and crushed the uprising, but this example has inspired other slave rebellions in Sicily in 104-103 BC the Most famous slave revolt in Ancient Rome is an uprising led by Spartacus. The Roman army fought with the army of Spartacus for two years (73-71 BC), before being able to crush the rebellion. 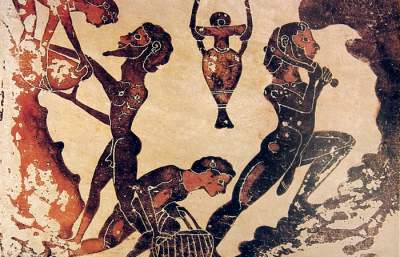 Living conditions and expectations of slaves in Ancient Rome were similar and closely connected with their occupation. Slaves participating in grueling work, such as agriculture and mining in the mines, had no life prospects. Mining was considered to be the most hard work.

Pliny (“Natural history” 33,70) tells about the difficult conditions of activities: “Long tunnels hollowed out in the mountains by torchlight. Miners worked in shifts and did not see daylight for several months. Were regular avalanches. This job was so dangerous that it was less risky to dive into the deep sea for pearls and purple shellfish. We have made the land much more dangerous compared to the ocean.”

House slaves, on the other hand, could expect more or less humane treatment, and in some cases, they had the opportunity to have your own money and any property. In the end, if the slave was able to save enough money, he could try to buy his own freedom and become a “Freedman” – a social class that was considered something of a cross between slaves and free men. The possession of slaves was a widespread practice among Roman citizens, regardless of their social status. Even the poorest Roman citizens could own a slave or two. In Roman Egypt, it is likely that each artisan was 2-3 slave. Wealthy people could own a much larger number of slaves.

For example, Nero had 400 slaves who worked in his city of residence. According to surviving records, from a wealthy Roman named Gaius Caecilius Isidore was 4 166 slaves at the time of his death.

5. The demand for slaves The demand for slaves in Rome was very high, for several reasons. With one exception (public office), slaves were employed in almost every industry. In mines, in agriculture and the household was consistently high demand for slaves.

In his treatise, known as “Agriculture”, mark Terence Varro recommends the use in the most dangerous places civilian workers, since “in contrast to the death of free farmers, the death of slaves has negative financial implications”.

6. Man as an object for sale Slaves were acquired in four main ways: as war prisoners, the victims of pirate raids and brigandage, as a result of trade or by breeding. During different stages of Roman history been more relevant different methods. For example, at the beginning of the expansion of the Roman Empire a considerable number of prisoners of war were turned into slaves. Pirates from Cilicia (modern southern Turkey) were well-known suppliers of slaves and the Romans often traded with them.

Cilician pirates used to bring their slaves to the island of Delos (Aegean sea), which was considered the international centre of the slave trade. According to surviving records, only for one day at least 10,000 people were sold into slavery and sent to Italy. Today most people believe slavery is immoral and inhumane. However, there is no evidence that this is even thought of in Roman society. All major economic, social and legal forces in Ancient Rome got its act together, so that the system of slavery to continue indefinitely.

Slaves were considered the necessary social counterbalance to the free people. Civil freedom and slavery were two sides of the same coin. Even when they were introduced more humane laws that have improved the living conditions of slaves, this did not mean that the number of slaves should be reduced. 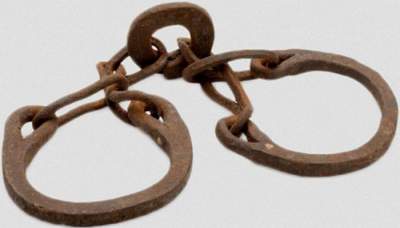 Slaves escaping from their masters were a common problem among slaveholders. The main way to deal with this was the employment of professional divers, known as the “fugitivarii” who were hunted down, caught and returned slaves to their owners. Naturally, this all happened for a fee.

Sometimes slave owners had announced a reward for the return of fugitives, and in other cases they tried to find the fugitives themselves. Another way of dealing with fugitive slaves was dressing up for them with special collars with instructions on where to return the slave, if caught. 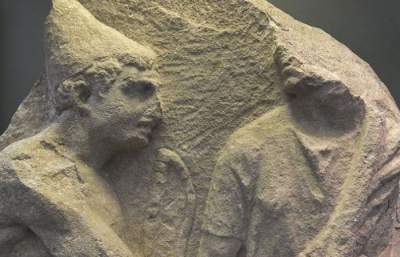 In Roman society a slave owner had the opportunity to give freedom to his slave. This process, which was known as “freestyle”, which could be reached in different ways: the owner can give his freedom as a reward for loyalty and excellent service, free-style could be purchased by slave owner and slave was sometimes better to release.

An example of this last case were merchants who needed someone who could sign contracts and conduct various transactions on their behalf and had a legal right to do so. From a legal point of view, slaves were not allowed to submit to their masters. In some cases, a slave was given their freedom in exchange for what he will provide some services to his former master. Even former slaves had the opportunity to become Roman citizens, and sometimes, they (ironically) became slave owners.

10. The most famous Roman slave Spartacus was a Roman slave of Thracian origin and, perhaps the most famous Roman slave of all time. He escaped from a gladiatorial training camp is located in Capua, in 73 BC, taking about 78 other slaves. In the end, Spartacus has won over thousands of other slaves and poor Romans, in defiance of the vast Empire for two whole years. Sextus Julius Frontin (“Stratagems”: 1.5.22) reported that the army of Spartacus had used the bodies, attached to poles dug into the ground.

In this case the corpses in his hands allowed weapons. From a distance it gave the impression that the army was much larger and better organized than it really was.The uprising was finally suppressed by the Roman General Crassus. After the army of Spartacus was defeated, more than 6,000 slaves who participated in the revolt were crucified along the Appian way between Rome and Capua.