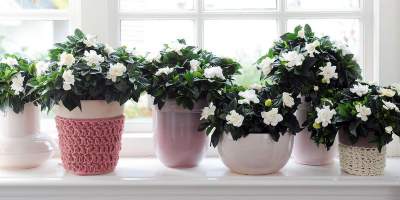 These flowers are in any case impossible to keep in the house.

It turns out not all flowers are safe, and breeding some of them should be abandoned, even if they seem unusually attractive, according to the Chronicle.Info with reference to the Telegraph.

Many houseplants are very poisonous, and it is desirable to give them in case if you have children or Pets. Perhaps the most dangerous of these plants is dieffenbachia. Its juice contains sharp crystals of calcium oxalate, as well as toxic substances that can cause serious burns to the gastrointestinal tract and even death. In forensic science famous cases of murder committed by means of dieffenbachia: a fleshy stem plants were added to the victim in a salad disguised as a cucumber.

Poisonous and Persian cyclamen: the use of its leaves, of course, not fatal, but can cause serious poisoning.

Many do not know that this popular houseplant, the skin contains a saponin — toxin that can cause serious irritation of the mucous membranes of the eye. But after taking the inside parts of the ivy are possible respiratory arrest and even experience hallucinations.

Poisonous and traditional Christmas flower is the poinsettias. Its milky juice contains substances that cause skin irritation. If you try the juice poinsettias, you can’t avoid the burning sensation in the mouth and diarrhea.

Some plants are not recommended to keep the house for mystical reasons: popular rumor attributes them quite insidious character. For example, say that the monster is a real energy vampire and takes away from their owners vitality. Most likely, this opinion about the flower appeared from behind its rather ominous name.

Some plants even accused that they chased out of the house men and hinder his mistress to build your personal life. Such plants include Golden mustache, zebrina, tradescantia, and others. However, in what the reason of such strange influence of colors on the women’s fate, people who believe in omens, I prefer not to explain.

To believe or not to believe in omens — you decide. However, it is better to abandon the cultivation of poisonous plants: influence of toxins on the body proven by science, unlike the beliefs that the Golden mustache is growing in a pot on your windowsill, can trigger a divorce.