Home / World / Trump said that the EU will disintegrate

Trump said that the EU will disintegrate 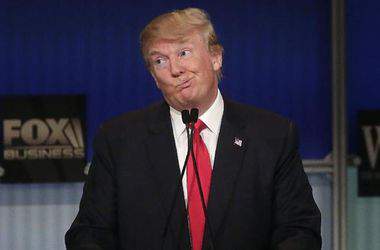 Trump made a loud statement about the fate of the EU.

A likely candidate in US presidents from Republican party, Donald trump believes that mass immigration will destroy the European Union. He stated this in an interview with The Times.

According to policy, if Europe will continue to accept refugees with open arms”, then in ten years the continent will change “beyond recognition”.

“I think the EU will disintegrate. I’m sure if not for the immigration issue, talking about the collapse of the block would not go”, — said the billionaire.
According to trump, Europe shouldn’t let refugees into its territory.

“I would have helped them, but were sent back, creating a kind of security zone,” he said.

Commenting on the possibility of a referendum in Scotland on secession from the United Kingdom, trump called for “caution”.

In addition, the billionaire said that he intends to “make friends” with all countries in the region if elected President of the United States.

Previously, trump said that the British regained control of the country” by voting for a British exit from the EU.