Home / Sports / The coach of the England football resigned

The coach of the England football resigned 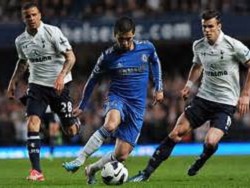 The chief coach of England football, Roy Hodgson resigned after the defeat against team Iceland in the match of 1/8 final of the European championship, which takes place on 10 June in France.

As stated by the mentor at the post-match press conference, it’s time for someone else to take over the patronage of the English players. “It is time to national team of England on football was headed by someone else, who can be the coach of this young, hungry and talented team,” Hodgson was quoted by RIA Novosti.

Commenting on the same game with the Icelanders, the coach noted that his players “played fantastically and did everything he asked of them”. Recall, the match between the British and the Icelanders took place on Monday evening, June 27, in nice and ended in a sensational victory for the latter. The account of the meeting is 1:2. In the result, the Icelandic commentator Gummi Ben again almost lost my voice from joy.