The volcano of passion. How Icelandic men make history Iceland issued a ticket home to the millionaires of England. Sportbox.ru does not spare words of praise to the address of the main sensation of Euro.

“Iceland — land of volcanoes and glaciers,” says guide for any tourists who ventured on a journey to the most severe European country. Now this country is an amazing team, vlyubivshis in itself, in the course of this championship. This year in General gives us incredible stories. We have just witnessed a fabulous championship “Leicester”, now with their mouths open watching how brave guys from the country with a population of 330 thousand people put on the ears of the whole world. Another ugly performance of our team was due to a familiar song responsible for this failure. “In our country there is simply no necessary number of players of high class,” they said. Iceland has the right amount of guys found. For example, the goalkeeper of the Norwegian-Bodo Glimt” Hannes Halldorsson, reflecting on this Euro the largest number of strikes. Or well, we knew the FC Krasnodar’s Ragnar Sigurdsson, who became one of the main characters of the fight with the British. How do you, Kolbein Sigthórsson modest “Nantes,” which scored the winning goal against HART? However, Iceland is first and foremost a strong team, not individuals. “One for all — all for one,” was the motto of the Russian team, but on the field, we observed a different picture: “every man for himself”. Icelanders on the bus placed the simple inscription: “Go Iceland”! She continued to follow, reaching till the quarterfinals. 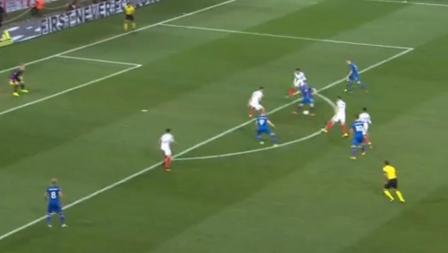 Recently the football bosses of our country is considered sufficient for the success condition fabulously a contract with a renowned foreign coach. Icelanders also coached by a visiting specialist, only here the salary of Lars Lagerbäck (430 thousand euros) does not go to any comparison with salaries of recent coaches of the Russian national team in which the team pack their bags after the group stage of the European and world Championships. Most of the players of the national team of Iceland for their entire careers do not earn as much as Alexander Kokorin gets in a year. It turns out, the financial component — not determines the success of the national team. The mere thought that in Moscow “House of football” comes not to all.

The performance of the national team of Iceland in France of sensation can be considered only partly. About why this until recently, considered non-football countries there is a team Sportbox.ru wrote recently. A good example of someone who believes that the most popular game in the world is not suitable for our latitude. These wonderful Icelanders, for some reason decided that the basis of prosperity team and all football in the country is not promoted, the coach or the League, in which money poured local stars, and the children’s and youth football, where players are not corrupted by large contracts. Who wants to make football really go to other leagues where the competition gnaw themselves a place in the compositions. Maybe we will live to see those times when this simple idea comes up to our officials and to our players.

Of course, Iceland is not the best example of attacking football with plenty of sophisticated combinations, but the passion with which chopped on the field these guys can not cast a spell. The fact that in France his team came to support the tenth part of the country and did amazing. Perhaps, among all participants of the tournament between players and fans of this team feel that invisible link, helping the Vikings to gnaw the balls to go in each joint to the end. However, now for the national team of Iceland are not only representatives of this country. Not accidentally, at the end of the group stage of playing shirts of the team has grown almost 20 times. After sensational victory over England, this figure threatens to grow even more.

In terms of show-off England’s closest relative of our team. In the “Three lions” is also missing players, which is not exactly worth the money that they are buying. In the EPL it is at least due to the business component, and not the desire of the national corporations get rich its funny serf theaters. On the eve of the match with the Icelanders, the English defender Danny rose briefly outlined the game plan: “we Need to score early to force the opponent to attack.” The meeting was held exactly according to this scenario, that only “Three lions” should not have to get angry Vikings, who conceded in the goal is not something that is not confused, and has caused some rage. This match was another proof that money do not play football. The team, with a total value of 447 million euros will soon fly to London, and the national team, 23 players of which are less than one Raheem sterling, will fly to Paris to prepare for the quarterfinal against France.