Home / World / ANALYSIS: Israel and US Finally Teaming Up to Counter Danger From Iran 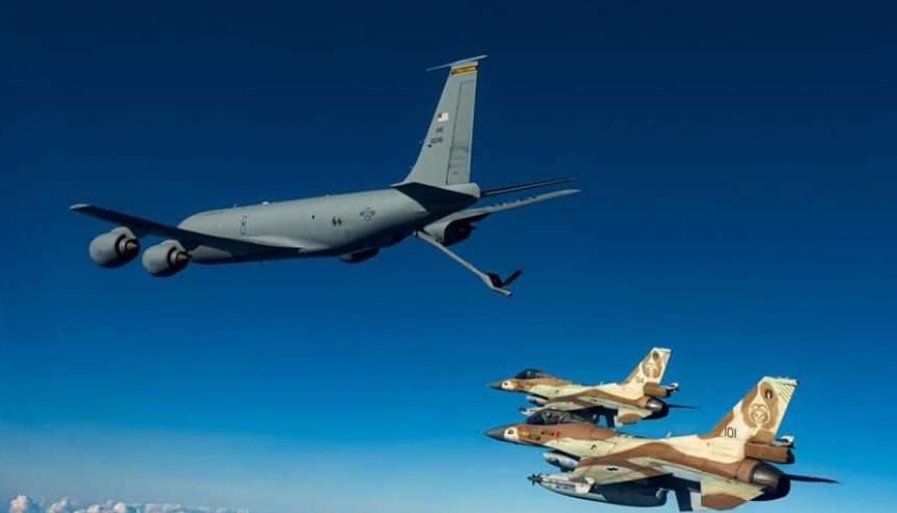 Iran meanwhile threatens to bomb the Knesset and Ben-Gurion Airport in the event of war.

Now that Iran’s soccer team has been sent home by the United States national team at the World Cup in Qatar, the Israeli media are once again focusing on the grave threat Iran poses to the Jewish state, and on the internal situation in the Islamic Republic.

Let’s start with the latter.

It now appears that the Islamic Revolutionary Guard Corps (IRGC) has been active in Qatar during the soccer tournament on orders from President Ibrahim Raisi.

The reason Raisi sent in IRGC fugitives was to suppress any public display of protest against the regime of Ayatollah Ali Khamenei before and during the games.

Raisi also ordered the deployment of the IRGC to make it clear to Iran’s players that any further form of protest, such as a failure to sing the national anthem, would have consequences for both the sportsmen and their families, who were threatened with arrest and torture.

After consultation with the government of Qatar, it was further decided to give the IRGC a free hand in suppressing the protests by members of the ‘Women, Life, Freedom’ movement at the World Cup.

The Khamenei regime paid for the travel and accommodation of 5,000 of its henchmen, and their presence in Qatar appeared to have influenced the behavior of Iranian fans.

Very few can now be spotted wearing the t-shirts of the protest movement, and the players of the national team sang the national anthem of Iran before the game against the United States.

The authorities in Qatar helped the IRGC by deporting women from the stadium who were on their way to the match without the mandatory Hijab and wearing the conspicuous t-shirt, according to the American news channel CNN.

These activities by the authorities in Qatar were coordinated with Raisi, who had telephone contact with Sheikh Tamin Bin al-Thani, the leader of Qatar, last Saturday.

In Iran itself, meanwhile, the protests continued unabated and there were even celebrations in a few places after the defeat of the national team at the hands of the United States.

Khamenei’s niece Farideh Moradkhani was, furthermore, arrested for her public criticism of the regime.

The niece had posted a video on YouTube calling her uncle’s regime “murderous” and accusing it of killing children.

At least 63 children have been killed by the Khamenei regime since the uprising began in late September, according to human rights groups in Iran.

Among them was nine-year-old Kian Pirfalak, who was buried last Friday after being shot dead during a demonstration in the city of Izeh.

The boy was in his parent’s car when it was shot at by the police.

After the child’s funeral, violent riots broke out again, leading to new victims.

The demonstrators now seem to be increasingly armed, as two incidents were reported this week in which protesters opened fire on the regime’s security forces.

The house of the late founder of the Islamic Republic, Ayatollah Khomeini, was set on fire last week, and the same was true of a statue of Qassem Soleimani, the former commander of the IRGC’s Quds Force, who was assassinated by two US drones near Baghdad, Iraq’s capital, on January 3, 2020.

The mounting number of civilians killed and the death sentences handed down to 21 demonstrators so far have finally prompted a response from the United Nations Human Rights Council (UNHRC).

The Council has announced it will investigate the deaths of approximately 550 civilians who were killed during protests in more than 100 cities since the end of September.

The action of the UNHRC is quite unique because the Council is usually obsessed with alleged Israeli human rights violations. Iran, however, has announced that it will not cooperate with the UNHRC’s investigation.

A regime spokesman said on Monday that there was “reliable and accurate intelligence pointing to the role of Western governments in the riots,” Nasser Kanani of Iran’s foreign ministry claimed.

These claims are part of a plan to douse the flames and to turn public opinion back against Iran’s arch enemies Israel and the United States, according to a secret plan that was exposed this week.

The content of this hitherto secret bulletin was published by the London-based news site Iran International, which obtained the report after a hack of the regime’s mouthpiece Fars News, which prepared the bulletin for Hossein Salami, the commander of the IRGC.

The authors of the report wrote that the Russian secret service has warned the regime in Tehran that the Iranian people are in a “state of revolution” and that they have come to believe that it is possible to overthrow Khamenei’s regime.

Khamenei is quoted as saying that the protests won’t die down any time soon, while the Supreme Leader expressed his concerns about the lack of effectiveness of his security forces.

The Iranian government has come to the conclusion that the greatest achievement of the revolutionary uprising was “the loss of the people’s fear of the military and police forces.”

Khamenei has now ordered the identification of the revolutionary elements in mosques and neighborhoods, and wants to form a new network to deal with the movements that he calls “anti-revolutionary” in the various towns and cities in Iran.

The IRGC, meanwhile, has expanded its counter-insurgency operations in Iran to neighboring Iraq, where attacks have been carried out against Iranian Kurdish militias in the north of the war-torn country.

The uprising against Khamenei’s regime began in Iranian Kurdistan after Mahsa Amini, a 22-year-old Kurdish woman, was arrested and tortured for not wearing Hijab, the compulsory head covering for women in Iran.

Amini later succumbed to her injuries in prison, her family announced at the time.

The expansion of the Khamenei regime’s aggressive actions into neighboring Iraq and negative developments in Iran’s nuclear program now seem to have led to a change in the US position toward the regime.

The administration of President Joe Biden is increasingly aware that negotiations on a possible new deal on Iran’s nuclear program have reached a dead end, while the administration now also seems to recognize that Iran’s belligerent actions in the Middle East require a military response.

Iran’s nuclear program is running at full steam and Israel is realizing that the incoming government of Benjamin Netanyahu will most likely have to take military action against Iran.

However, Israel needs the help of the Americans to take such action because, for example, the Israeli Air Force (IAF) does not yet have the necessary tanker planes, converted civilian aircraft that allow for the re-fueling of fighter jets midair after an attack on Iran’s nuclear facilities.

The IAF is holding a major drill this week with the United States Air Force (USAF) to simulate an attack on Iran’s nuclear facilities.

In addition to advanced fighter jets, the Americans also brought KC-135 tanker aircraft with them and air defense missile shields.

The exercise is the result of an agreement between Israel and the USAF that stipulated that the US Air Force will assist the IAF in the event of a future Israeli strike against Iran’s nuclear facilities.

Israeli army chief of staff Aviv Kochavi was in Washington last week where he finally signed the new agreement with the US and met with the top of the US army for five days in a row.

The IAF has a budget of NIS 3.5 billion to conduct these exercises in preparation for military action against Iran.

Iran, in turn, is not sitting on its hands and is now seriously taking into account that a military attack on its nuclear facilities, which are constantly being expanded, is imminent.

The regime in Tehran, through its other mouthpiece Tasnim News, said it has compiled a list of sensitive targets in Israel that will be targeted in the event of war with the Jewish state.

The list includes civilian infrastructure targets such as the Ramon and Ben Gurion airports, as well as the Knesset building.

The Islamic Republic is now close to producing the highly enriched uranium (90 percent) needed for the manufacture of nuclear weapons.

Iran currently already has enough highly enriched uranium (60 percent) that it can quickly upgrade to 90 percent.

This amount is enough for the production of two nuclear weapons, experts say.

The same experts say Iran will be able to mount a nuclear warhead on a ballistic missile within two years, but they are not so sure whether the Islamic Republic already has this capacity.

After all, it was repeatedly shown that Iran had undeclared nuclear facilities where, for example, tests with detonators for nuclear weapons were carried out (IRGC base Parchin).

Netanyahu, the incoming Prime Minister of Israel, has now announced that he again wants to mobilize world public opinion against Iran after his return to office.

This will then be the last Israeli attempt to stop Iran through non-military means.

The leader of the Likud party has had success with this tactic before, but will have to focus on strengthening the strategic alliance with the US army and the relationship with the Biden Administration at the same time.