Why today’s world is rapidly changing and will never be the same? What lessons mankind can learn from the mistakes of the past? What will be new technological mode of world economy? This was during the deliberations of the Council on foreign and defense policy (SWAP) at the Cultural center ZIL thought, the doctor of historical Sciences, main scientific employee of Institute of Europe Yury Rubinsky. The meeting was moderated by the chief editor of the magazine “Russia in global Affairs, Chairman of the Presidium of the SWAP Fyodor Lukyanov. .ru wrote the main points of the speech of Yuri Rybinskogo.

The rebellion of the baby boomers

Now in Europe and the world is undergoing tectonic processes little similar to past shocks such as the events of 1968 in France. Then “red may” was all a complete surprise. There is a curious coincidence: on the eve of the French revolution of 1848 developed into the European “spring of Nations” in Paris published an article “France is bored”. And before the may events of 1968 in the French press published an article with exactly the same name.

The detonator of the events of may 1968 in France was disaffected educated youth who rebelled against the old hierarchical way of life. It was a revolt of the post-war baby boomers against their fathers, trying after the Second world war to rebuild the old traditional Europe. Similar processes occurred in the US, where student unrest coincided with the movement for racial equality and the struggle against the war in Vietnam.

The youth rebellion of the late 1960s, years was defeated because it was not supported by a frightened middle class, remaining on the conservative position. For example, in Paris at the call of the President de Gaulle on the Champs-élysées left a million people. In addition, European political elites were able to draw into its ranks the most active leaders of the protest.

Very different things are now. To call under the banners of separate leaders of the rebellious masses, the current establishment is not capable of. Political elites under the impact of globalization processes have become transnational and more divorced from its citizens. In addition, the mechanism of the modern world economy does not provide any new positive program. 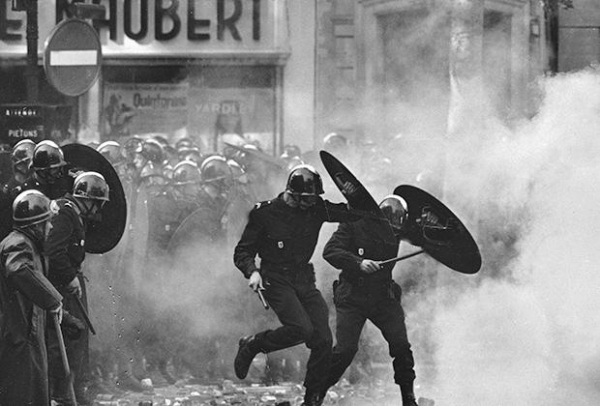 Police dispersed a student demonstration in Paris (France), may 1968

Those who are now washed up on the crest of the protest wave (Donald trump in the United States, marine Le Pen in France), often are themselves members of the elite, although positioning themselves as a counter-elite. Their ideological Foundation is eroded, and the electoral programme is a peculiar mix of far right and leftist slogans.

The modern rebellious youth, which served as the heat of all the “color revolutions” is missing as its a real program and clear slogans and a clear alternative. Now in the process of creation stories drawn not tens of thousands, and tens of millions of people — apart from young people, the protest involved large middle class, is now playing a key role in public and political life.

The reason is that this class, previously a Bastion of stability, blurred. It’s a byproduct of the scientific and technical progress between different social groups again increases the income gap. For example, in prosperous Europe before many ordinary people now recognize that in the near future they are unlikely to support the former level of well-being.

The current middle class confused and disoriented, and his dissatisfaction is channeled in support of the ideas of nationalism, xenophobia and the social-populist demagogy, and in the Arab countries — and even radical Islam. A sign of the modern era — that around the world people turn to their past. For this reason, there is a wonderful quote from a classic: “When people are faced with new and unknown, they in superstitious fear clinging to the wreckage of the familiar past and create new acts of tragedy in the future the costumes and scenery of former times”.

Today the world is faced with the fact that the deepening social inequality is an active protest among broad sectors of the population. To manage these masses of harder — at least, the current elite is already incapable. Methods and decision rules that they have now practiced, opaque, incomprehensible and totally unacceptable to most people.

The recurrence of the cold war

Following the socio-political processes within States today less managed to become and international relations. To take into account the mass attitudes are now forced not only liberal Western-style democracy, but odious authoritarian and totalitarian regimes. World politics has become less predictable since many of the motives of certain actions by individual countries are often incomprehensible to their partners.

Now we are seeing a relapse of the old cold war, but much more dangerous and less manageable. The confrontation of the USSR and the USA, despite the Berlin and Caribbean crises, occurred on clear and understandable rules of the game. Game theory knows that any relations between States are implemented in three variants: the zero-sum game, when one side completely wins and the other loses outright (win-lose); both sides benefit, but to a different extent: one more and the other less (win-win); both sides completely lose (lose-lose).

Cold war in different proportions combined all these schemes, and the current relapse tends to the same. But the world has changed: if in the nineties it was believed that the whole system of international relations can be build on the principle of win-win, now it’s not obvious. It’s not even that different countries have different objective economic or geopolitical interests.

It turned out that, despite globalization and economic unity, today’s world is torn apart mentally, because while living in different eras with different value systems. Now the government of each country tries to show that nobody can dictate terms, because any compromise of their own citizens simply do not understand and accept weakness. In addition, all fear that making concessions on any issue, in the future run the risk of getting more serious challenge.

Because of this, any attempt concluding package transactions, which often helped to find an acceptable way out of the conflict during the cold war, is now hopelessly blocked. The global players to agree on the terms of the win-win is very difficult, absolutely impossible any geopolitical bargaining in the spirit of “Syria in exchange for Ukraine”. From now on, every node of conflict in international relations has its own laws of development are often very unpredictable. 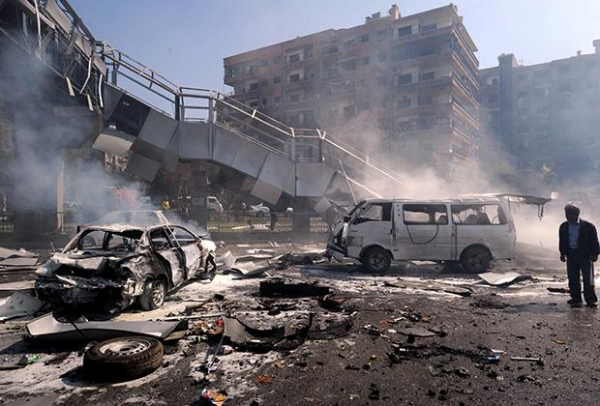 Let’s not forget how over a hundred years ago began the First world war, which, despite all the contradictions between the great powers, in fact no one seriously wanted. Then it was thought that the global conflict is impossible: first, in terms of the triumph of scientific progress to fight simply uneconomical, and secondly, all the countries have accumulated so many different and devastating weapons that no one will dare to use it. As we know, both of these arguments were refuted by further developments.

The argument of a century ago is strikingly similar to the complacent mood of the global elite in the nineties: the cold war is over, the world is rapidly globaliseerumise, developing countries are making phenomenal economic breakthrough. But now, as we can see, is absolutely different world, very different from what many have attempted twenty years ago.

Of course, that the cold war never developed into a real military conflict, the decisive role played by nuclear weapons. But still the deterrent factor is not obvious, as nuclear military technology continues to spread in many countries, including very unstable. In a world of growing new arms race, although our guide assures us that will not allow to involve in it Russia.

But the problem is not only in our country — in the world after the great recession of 2008-2009, which became “a crisis of overconsumption, the economic resources severely depleted. The growth rate of the world economy declined significantly, and there is even a theory that the world is waiting for “secular stagnation”.

The current international tensions that have arisen in recent years — a long time. This is potentially a very dangerous situation because, as in 1914, now the world has accumulated a lot of different contradictions, and no one wants to concede. One can only hope that the modern political elite, unlike their predecessors a century ago, display wisdom, common sense and good judgment, not allowing to realize the catastrophic scenario.

Almost all the major countries are experiencing a severe crisis of the previous development model. For example, in the US, it shows the current presidential campaign, when the number of candidates was yesterday’s fringe — right-wing trump left Sanders. China, whose economic development follows the “Japanese miracle” of the 1960s and 1980s, also has exhausted the possibility of further rapid growth due to cheap labor, imported technology and capital, as well as export of goods. The Japanese economy for more than twenty years can not get out of the severe stagnation, and about the current state of Russia do not speak — and so everything is clear. All of these countries, as well as Europe, India and Brazil are on the verge of scrapping the old model of development, when the ruling elite is so separated from their countrymen that have become unable to respond to new challenges.

There is much talk about the so-called “fourth industrial revolution”, whose achievements are designed for the individual consumer. But the most important for the future of humanity — continued energy transit. The first industrial revolution in Britain in the late eighteenth century was the age of coal and steam, the second revolution in the second half of the XIX century was connected with electricity, oil and gas, and the third was the information revolution of the second half of the XX century, which still has not ended.

Global change in the technological structure in every country and in every region of the world will happen on its own. Those States that carry out the process earlier and more successful, ultimately, will secure a leading position in the coming world of the XXI century.