In the mountains of the Caucasus were killed climbers from Ukraine 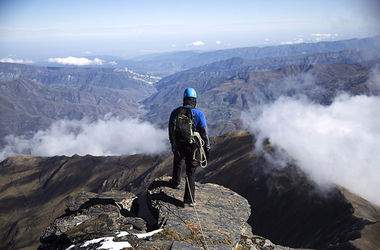 Rescuers are unable to get to the mountains to save one of the men.

In the Caucasus, Ukrainian climber was killed when he tried to climb mount Elbrus. 54-the summer inhabitant of Odessa became ill while climbing a mountain. This was immediately reported by employees of the Russian emergencies Ministry, the friends of the climber.

However, the rescuers, flown to the mountains by helicopter are unable to get to the place where the climber due to fog and snowfall. As a result, the Ukrainian was killed.

In addition, Georgia ended the life of another citizen of Ukraine – a 32-year-old climber from Kiev when he tried to descend the mountain Kazbek. He was a journalist Pavel Sivokon. The man slipped and fell to the ice gorge. Despite the fact that Kiev still managed to pull out, he died from his injuries on the spot.

We will remind, recently during the descent from the summit of mount Everest has killed climbers from the Netherlands and Australia. The probable cause of death 35-year-old Dutchman Erik Arnold and 34-year-old Australian Maria Strydom was high-altitude hypoxia, or so-called mountain sickness. Arnold conquered the highest on Earth, the top of the fifth attempt, and during the descent began to complain of weakness. The man died on Friday, may 20, near the South pass saddle. Later in the same group of climbers has left the life of a Lord, which also found signs of altitude sickness.