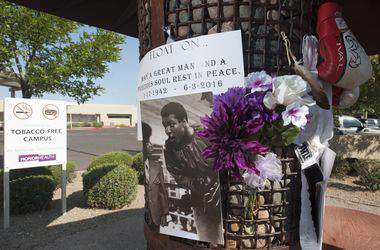 While that street renamed temporarily.

The authorities in new York temporarily renamed a street in honor of the legendary American boxer Muhammad Ali, who died June 3. Ali died on Friday on 75-m to year of life in a hospital in Phoenix, where he spent the last few days.

Mayor bill De Blasio announced the temporary renaming 33rd West street, which is near the sports Palace “Madison Square garden, where Ali spent a lot of duels, including one of the most famous – with Joe Frazier in 1971.

“Today we pay tribute to the man in the heart of our city. He deserves to have named after him the street,” said De Blasio.

To rename the street on a permanent basis only when it approves the city Council and the resolution will be signed by the mayor.