The attire of Queen Elizabeth II in her birthday caused users confusion and laughter.

The celebration of the birthday of Elizabeth II wore a bright green suit that provoked a wave of jokes and photojob in the Internet.

Elizabeth II appeared on the parade in honor of his 90th birthday in a bright green suit. The Queen stood out against the General background of low-key outfits and pastel colours. Sarcastic Twitter users immediately began to exercise in wit and come up with a variety of comparisons.

Some British people even joked that in this dress the Queen can be seen even from space. Others, however, was not limited to words and made a playful photo collages. 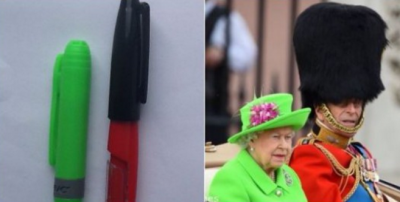