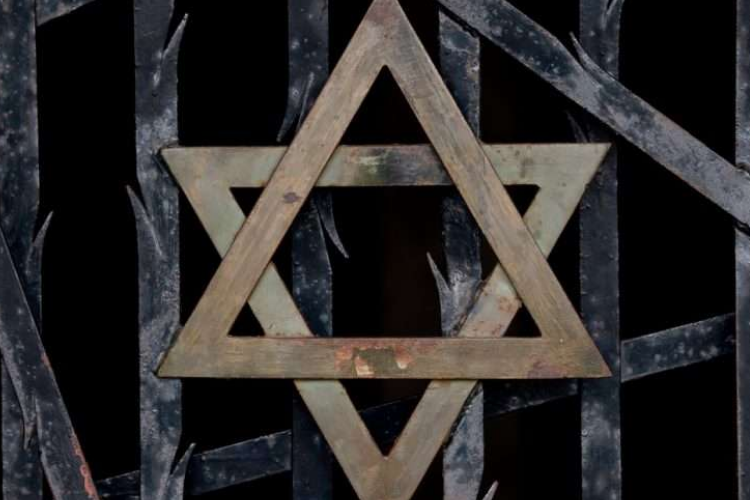 What began on Twitter as an attempt by antisemites to expose alleged Jewish privilege in America quickly became a platform where Jews could share their own stories of suffering and pain.

Writing for the Times of Israel on July 15, Stuart Winer explained that, “The Twitter hashtag ‘#JewishPrivilege’ has been used by anti-Semites and conspiracy theorists for years, but over the last few days has instead become a locus for personal accounts highlighting discrimination faced by Jews over the centuries and today.”

The tables were dramatically turned, as one Jew after another posted his or her experience with antisemitism. Yes, Jewish privilege meant that Jews have been privileged to suffer in nation after nation simply for being Jews.

It is true that Jews in America today are among the best educated and most prosperous members of our society. But that is hardly through some kind of privileged status.

Not only so, but financial prosperity and exalted social status have certainly not been the norm throughout Jewish history. Rather, Jewish privilege through history often looked more like Tevye and his family in Fiddler on the Roof: dirt poor, excluded from the best jobs, second-class citizens, and having to flee for their lives because of the latest pogrom.

Jews, then, have been especially privileged to excel in the following categories.

Jews have been exiled from more countries than any other people group. There’s not even a close second. Antisemites will tell you that this is because Jews are so evil. But of course!
Jews have been hated longer than any other people, and many scholars have referred to antisemitism as the world’s longest hatred, dating back at least to the third century BC. Today, more than 2,300 years later, it is just as vibrant and deadly as ever. What sustains a hatred for so long?

Jews have been demonized by more different groups from more different backgrounds than anyone else. This includes being demonized by both Christian leaders and Islamic leaders, white supremacists and black supremacists, atheistic Communists and irreligious Nazis. That’s why antisemitic black leader Louis Farrakhan could say in 2018, “I’m not an anti-Semite. I’m anti-Termite.” And then, less than two weeks later, a white supremacist could slaughter Jews in a synagogue, shouting, “All Jews must die.” This is what Jewish privilege looks like.
Jews are the subject of more conspiracy theories than anyone else – what a privilege! – including claims that we created and spread COVID-19 in our day. To quote a Times of Israel headline, “Tel Aviv University think tank says libels blaming Jews and Israel for pandemic are spreading, as crisis sparks new iterations of old hatred.” In the same way, when the Black Plague decimated Europe, Jews were accused of starting the plague by poisoning the wells with a mixture made of spiders, lizards and the hearts of Christians mixed together with the sacred elements of the Lord’s supper.

Jews have the privilege of being specially singled out by the United Nations for accusation and censor. As noted by Ben-Dror Yemini in his book, Industry of Lies: Media, Academia, and the Israeli-Arab Conflict, “… in 2012, the UN General Assembly passed 22 resolutions against Israel, in contrast to four against the rest of the world. In 2015, the General Assembly adopted 20 resolutions singling out Israel for criticism— and only three resolutions regarding the rest of the world combined. As of 2010, since its inception in 2006, the UN Human Rights Council has adopted 33 resolutions against specific countries, of which 27 were against Israel. In 2013, the Council adopted 25 resolutions, four for all the other countries in the world and 21 against Israel. Hundreds of thousands of people around the world were victims of tyrannical regimes, and countless massacres and pogroms were committed. Israel did not commit even a fraction of these misdeeds, but it has been condemned more than any other country, perhaps more than all other countries combined.” In keeping with this, in 2015, “At the closing of the 59th UN Commission on the Status of Women, only one political resolution was passed – one that accuses Israel of mistreating Palestinian women, in all aspects of life.”

And last July, “Israel was the only country named . . . as a violator or trouble spot by the 54-nation UN Economic and Social Council during the session, according to the UN Watch organization.”

That is Jewish privilege in a nutshell.

As noted on February, 2018 on The Conversation website, “Antisemitism is on the march. From the far-right demonstrators in Charlottesville, Virginia, with their ‘Blood and Soil’ chants and their ‘Jews will not replace us’ placards to attacks on synagogues in Sweden, arson attacks on kosher restaurants in France and a spike in hate crimes against Jews in the UK. Antisemitism seems to have been given a new lease of life.”

To be sure, the Bible speaks of the Jewish people being chosen by God for a special mission. And religious Jews, in particular, take suffering as part of their calling and a result of their mission.

But let us put to rest this notion of some kind of world-controlling, world-dominating, privileged Jewish status. The opposite has been the norm for millennia.