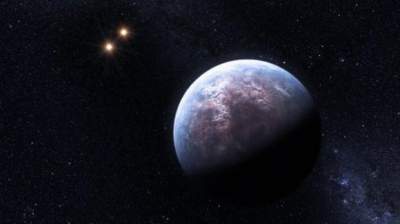 Clouds do not allow space telescopes to “see” the water on hot Jupiters.

The search for water on extrasolar planets are of great importance, representing a special interest in the case of “hot Jupiters”, planets, the mass of which is comparable with the mass of the largest planet in the Solar system, but who are on very tight orbits around their parent stars.

Temperature on the surfaces of these planets can reach 2000 degrees Celsius, so the water they may be only in the form of water vapor.

Astronomers have discovered a lot of hot Jupiter atmospheres in which water is present, but other of these planets water was not detected at all. In the new study, scientists from the jet propulsion Laboratory of NASA, USA, attempted to find out what have in common is all of the atmosphere of these giant planets.

The researchers studied in their work, a group of hot Jupiters, consisting of 19 planets, observations which were carried out by the space telescope of NASA “Hubble”. They found that the atmosphere about half of these planets have been blocked from observation by clouds.

“The aim of our study was to determine whether the atmospheres of these planets General properties,” said Aishwarya of Layer of the jet propulsion Laboratory of NASA.

The main conclusion from this work was that for almost each of the studied planets clouds block of observations from approximately half of the atmosphere. The researchers note that it is not able to accurately determine the nature of these clouds, including the chemical composition of their substance.

The results of this study can help in the selection of targets for future observations with a project currently under construction in the space telescope “James Webb”. Extrasolar planets with a thick layer of clouds that block from the observations of water and other substances, will be subject to these newest results in less priority in the list of potential targets for exploration.