Victory in the presidential elections in the US are predicting Clinton 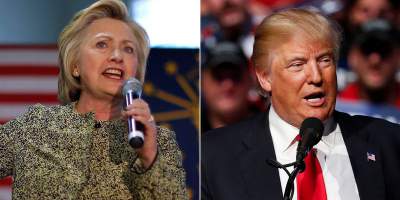 Presidential candidate Hillary Clinton on the results of primaries in Florida strengthens its position relatively to its opponent Donald Trump.

Contender for the US presidency from the Democratic party Hillary Clinton on the results of primaries in Florida strengthens its position relative to its opponent for the Republican nomination Donald trump, said on Monday a us TV channel “Fox news”.

The channel, which cites a survey organized at the request of the newspaper “Washington post” and TV channel Hey-Bi-si, reports that in Florida, Clinton was ahead of D. trump – 47:39, while in Ohio the result was equal to 40:40.

According to the survey, two of three respondents considered that D. trump insufficiently qualified to lead the country, expressed concern at the thought of D. trump as the President expressed disapproval of his statements about women, about Muslims and his attacks on the Federal judge Gonzalo Curiel due to its Mexican origin.