Home / World / Under the bombs in Syria killed 17 civilians

Under the bombs in Syria killed 17 civilians 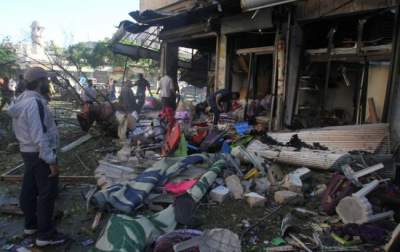 As a result of the air strike on a market in Eastern Syria has killed 17 civilians, among them eight children.

About it reports Al Arabiya, citing data of the Syrian monitoring centre for human rights.

“17 people, including eight children, were killed Monday, the first day of the Muslim Holy month of Ramadan, in an airstrike on a market in Eastern Syria”, – is spoken in the message.

Recall: the aircraft of the Assad regime or the Russian military air forces attacked controlled by ISIS the city of al-Shaar in the province of Deir-er-Zor.