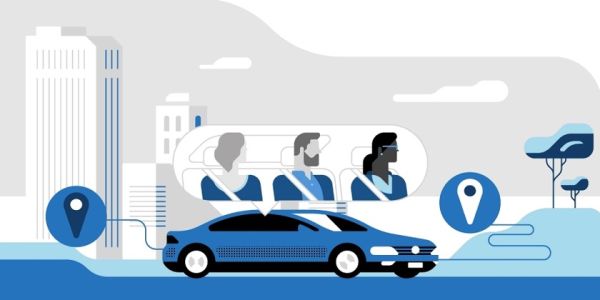 Startup Uber, the world’s largest passenger transport service, very interested in capturing relevant market of our country. He is already working in several major Russian cities, including all four capitals (Moscow, St.-Petersburg, Kazan and Yekaterinburg), and soon will be launched and the service, known by the name of uberPool.

The project uberPool will work initially only in Moscow, where Uber operates already for a long time. Companies just need to get a critical mass of trips, after all, with the low popularity of the service will be extremely difficult to find even two people who at the same time you want to get to the same place. The exact timing of the project launch uberPool in Moscow is not yet known, but the management of Uber more than confident that it will happen this year, as the popularity of Uber in this city growing by leaps and bounds, and this applies not only to passengers, but drivers are willing to use a personal vehicle as a taxi.

Launching the service in Russia uberPool, Uber the company pursues several objectives: firstly, it is, of course, to maximize their own profits, and secondly, it saves the money of passengers who will pay twice or three times less per trip, depending on the number of people in the car. The third goal of Uber is to decrease the overall number of cars on the roads of the capital and reduction of traffic congestion associated with improving the environmental situation. The project uberPool is already working quite successfully in San Francisco, Los Angeles, Shanghai and some other cities in the world. According to statistics, it accounts for about 20% of all trips Uber.