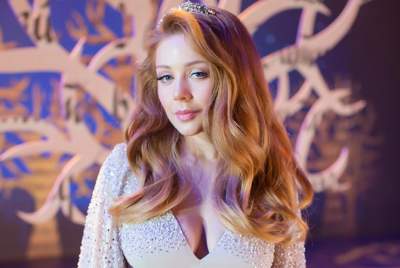 On the official website of the singer appeared an old photo, which she sealed with her husband.

Three years have passed since the death of wife Tina Karol Eugene Ogira, but it never ceases to remember it and to share their experiences with followers on Instagram. Every photo with the deceased husband of Tina touches her fans to the core, after which each tries to cheer up the singer.

This time Carol showed the picture in which her and Ogira not know. First, Eugene in this photo, with a luxurious mustache, and, secondly, Tina’s dark hair. Signed singer this photo briefly, but at the same time very sincerely: “Thank you. Miss. Love.”. After the tragedy, Tina never ceases to prove to others that she is a strong woman and believes in the presence of her beloved husband in her life, even after his death.

She’s one now and has a son Benjamin, who in November will mark 8 years. The boy gives the singer strength, which she does not give up and continues to do without leaving the stage. Eugene, when he was still alive, begged her not to abandon creativity and, despite everything, continue to sing, and she fulfills his desire in full measure and pleases fans with new touching songs and music videos.