Home / Photo report / The tragic fate of the first wife of Picasso. Photo

The tragic fate of the first wife of Picasso. Photo 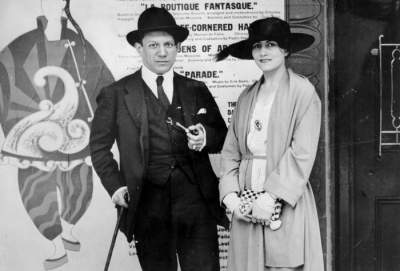 About the muses of Pablo Picasso written a lot. Among all women who in different years had captivated the artist, Olga Khokhlova, the Russian ballerina who failed to achieve the dizzying success on stage, but became the first wife of the brilliant master. During the first meeting with the mother of Picasso, Olga heard her admonition: “no woman will be happy with my son.” Only many years later Olga Khokhlova was convinced, how much truth in these words.

Olga Khokhlova has lived a difficult life with Picasso, full of UPS and downs, love and satiety. Their romance began during the European tour of the ballet troupe, which was made by Khokhlov. Special talent Olga did not Shine, however, was diligent enough to earn a place in the kardebalet. Picasso, in turn, created the scenery for performances and accompanied the troupe. Olga attracted the artist with their elegance, restraint and meekness. Despite the fact that she was already 27 years old, she was never married and did not know of intimacy with men, so tempted Pablo Picasso enthusiastically set out to conquer the impregnable, at first glance, the fortress.

The judgment of Olga in further guaranteed her a comfortable existence: before marriage she insisted on signing the contract, according to which it has passed half the state of the husband (including paintings) in the case of divorce. While the couple enjoyed each other, Pablo is not much weighed down by the conditions of the contract. Olga gave birth to Pablo firstborn – Paul. 40-year-old artist was happy and devoted himself to the care of his wife and son. He often painted portraits of his family, the bright images were imbued with love and tenderness.

After some time, the charm began to unwind, it became obvious that Olga and Pablo are too different. Russian dancer wanted to lead a secular life, she devoted herself to this new development in the style of the best cabin designs, and also almost demanded that Pablo correspond to the image of a dandy. Spanish artist, however, wanted freedom, creative chaos. After some time the artist became interested in new mistress Marie-Therese Walter. This 17-year-old girl is infatuated with Pablo and Olga had only to suffer, knowing that she virtually nothing to counter the feeling that swept her husband. Then she attempted to file for divorce, but the fear to lose half of the state has forced Pablo to dissuade her from this step. Formally, Picasso and Khokhlova remained husband and wife for many years, Olga went first, she died from cancer in Cannes, Pablo did not consider it necessary to say goodbye with his wife. 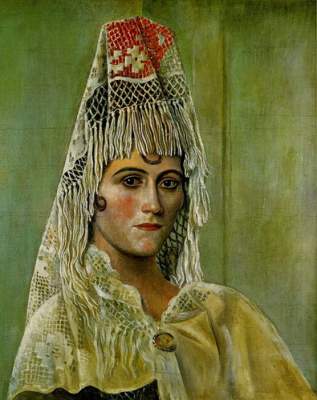