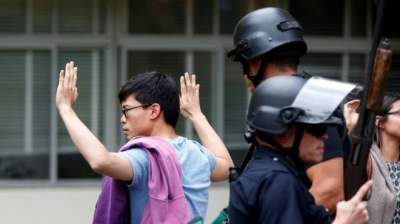 Police speculated that the killer suffered from a mental disorder.

The man, who in a Wednesday shooting at the University of California Los Angeles, found a home the list of victims, which led investigators to the site of another murder, where it was discovered the woman’s body.

About the discovery told the chief of police of the city Charlie Beck. He also called the name of the shooter is Mainak Sarkar, a resident of Minnesota. According to police, Sarkar came to the University with the weapon, before reaching list of victims, which meant he killed Professor William klag.

Also on the list was the name of a woman who lived in Minnesota close to home Sarkar. Arriving at her address, police found a woman shot to death.

In the list of Sarkar bore the name of another University teacher, whom he, apparently, killing is not managed. Shooting William Klage, Sarkar committed suicide.

In the list on the website of the University Sarkar is listed as one of the members of the research group on biomechanics, which was led by the dead they klag. According to the chief of police, the killer’s motive may be related to the fact that he believed that klag had stolen his intellectual property – computer code – which is then used in my design.

Charlie Beck also suggested that Sarkar was suffering from a mental disorder.

Earlier it was reported that, according to the chief of police of Los Angeles, two dead, shot in the Californian University, committed suicide.