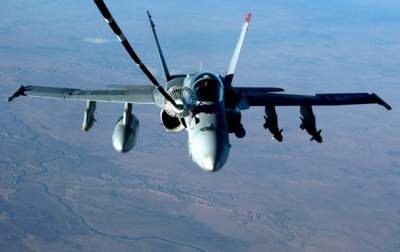 The collapse of Nashville near the crashed bomber.

The F-18 from the group aerobatics of the U.S. Navy crashed near the city of Nashville, state-Tennessee.

Status of the pilot are not reported. This is the second aircraft of the elite aerobatic team of the United States, which crashed on Thursday.