Home / Photo report / The most interesting in the world of elevators. Photo

The most interesting in the world of elevators. Photo 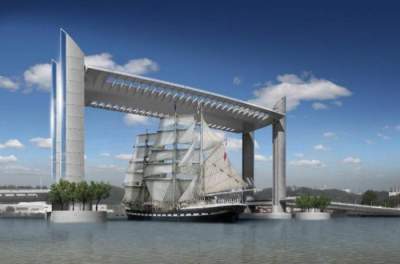 They boast an unusual design.

The lift had long ceased to perform the functions only of the forklift. In the struggle to attract everyone’s attention, architects and engineers create more and more unique elevators, surprising with its size and location. About the 5 most amazing ski lifts in the following review. 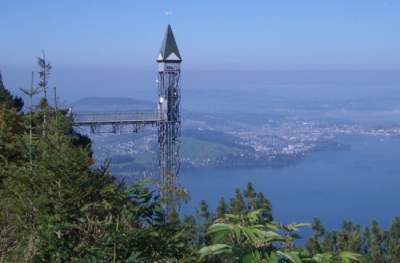 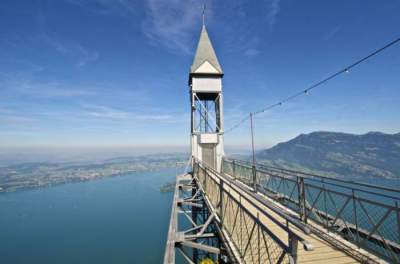 The Hammetschwand Elevator (the Hammetschwand) is called the highest outdoor Elevator in Europe. It is located in Switzerland. To get to the highest point of lift, you need to overcome 153 meters. From the observation deck offers stunning views of lake Lucerne. 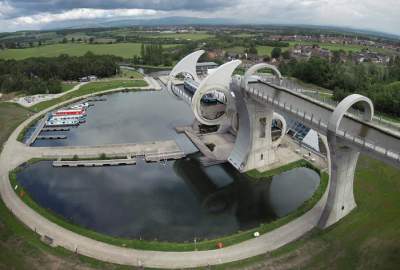 Elevators the building is not only for people or cars, but for larger objects – ships, for example. Scotland is the only ship lift in the world, which rotates around its axis, moving the boats to a height of 24 meters. In the Falkirk wheel’s two caisson recess, where swim court), which rotate in the reverse direction relative to the movement of the basic mechanism. One rotation takes about four minutes. Tourists visiting Stockholm (Sweden), among other things, be surprised by the unusual SkyView Elevator, lifting everyone to admire the city from a bird’s eye view. The fact that the lift is the body’s largest spherical structure in the world – Globen. Two cabins-capsules move smoothly on the surface of the dome to the highest point to a height of 110 meters. Passengers admire the surroundings, and then down the other side of the sphere. In 2013, French President Francois Hollande held a ceremony to open a bridge Jacques Chaban-Delmas. This structure is a vertical lift capable of lifting part of the bridge for the passage of large vessels. Design operate roughly 120 times per year. To a height of 50 meters go up two traffic lanes and two for pedestrians and cyclists.

5. Elevator inside a giant aquarium (Germany) 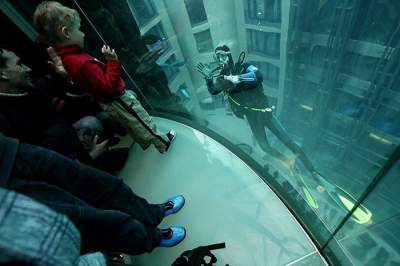 In the Berlin Radisson SAS Hotel in the lobby is a huge cylindrical aquarium and is the centre of lift that delivers visitors to the upper floors. As many as 25 meters, visitors can admire the inhabitants of the aquarium, and if you’re lucky, and even divers feeding the fish, wave they hand.