Home / Business / The journalist died in Yakutsk after anesthetic injection

The journalist died in Yakutsk after anesthetic injection 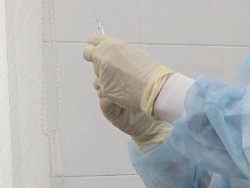 In the Yakutsk medical center died 40-year-old woman after injection of the drug for local anesthesia, according to the website of the investigative Committee of Russia in Yakutia.

June 9 a woman came to the medical center on ulitsa Kalvitsa. Before surgery, your doctor in an examination room, injected her with lidocaine. The victim lost consciousness and despite resuscitation, died.

Started investigation verification. To determine the cause of death of women appointed forensic examination, the results of which will be given a legal assessment of the actions of a doctor.

According to SakhaNews, the dead woman is known in the country the journalist Christina Hyde. She worked in the newspaper “Youth of Yakutia”, “Our time”, “Yakutsk Evening”, “Moskovskiy Komsomolets V Yakutii. Recently, Hyde worked in the press service of the Technopark “Yakutia”.