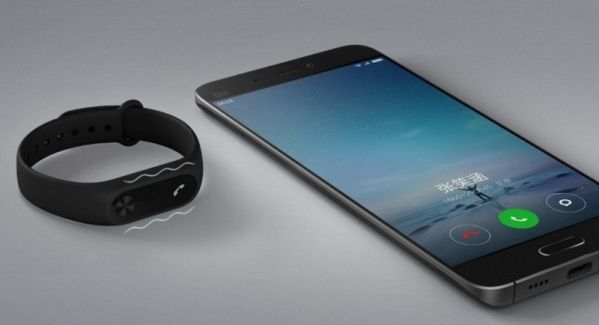 Company Xiaomi unveiled a new fitness tracker Mi Band 2, made in the form of a bracelet. This is the same gadget that was first lit in the Network at an informal “live” pictures in April of this year on the arm of the head Xiaomi lei Jun (Lei Jun), so his appearance did not become for anybody a surprise. But the filling of this to say — it is surprising, and, moreover, surprised pleasantly.

Almost from its eponymous predecessor, saw the light two years ago, the new bracelet Xiaomi Mi Band 2 has a built-in OLED screen — now the data collected by the weight sensors, it is possible to consider and without the aid of a smartphone, although sync with him here is also quite possible. The display shows statistics from the pedometer and heart rate monitor that is activated by pressing a hardware button above the screen. You can also customize the clock and much more — for the price of the bracelet is very functional. The Xiaomi Mi Band 2 is reportedly used improved in terms of accuracy, the algorithm of counting steps and a new heart rate sensor. Here are all the electronics Packed in a waterproof enclosure with protection according to the IP67 standard, and the gadget weighs not more than 7 grams, though it has a battery of 40 mAh, which is enough for 20 days of work in standby mode. Sync Xiaomi Mi Band 2 with the smartphone is via Bluetooth 4.0. This bracelet is only $ 22 USA and sales with the different color straps will start as early as four days later, on 7 June 2016.