Robots are very cool, especially if they are not going to in the near future to enslave humanity, but rather help people in different spheres of life. For that tens of thousands of people around the world constantly creating and testing new robots, and then displaying them at exhibitions, summits and other events. Not so long ago one of these events ended in the Chinese city of Ningbo — the third Chinese summit robotics was excellent, he was even inaugurated the first Park robots at the gate where they were greeted by intelligent machines. They bowed and said “Welcome”.

The exhibition presented more than 200 different robots, workers in the service sector, industry, healthcare, education and many others. Among them robot drone, robotic pianists, electronic fire, able to work in extreme conditions, the robot-nurse, who is able to gently move the lying patient on the stretcher on the couch or in the stroller. Almost all shows are developed in China. 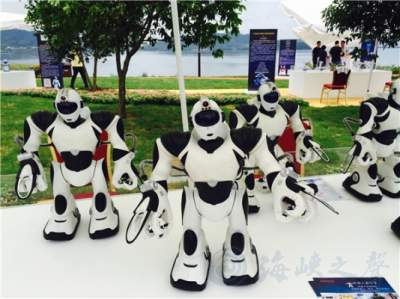 City Yuyao County in whose territory the event took place, plans to invest in the construction of the “city of robots” approximately five billion yuan. 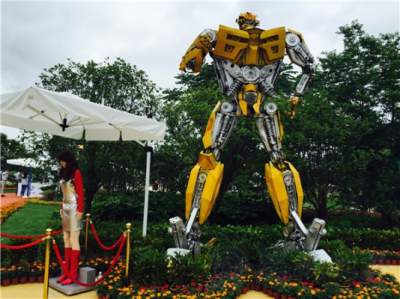 Previously in China for everyone was already open Park of transformer robots created from scrap metal. On an area more than ten thousand square meters was established around six hundred huge figures, which were placed in ten thematic pavilions. The robots did not know how, but very patiently posed for visitors. Now the Chinese will be able to see the smart car at work and assess their skills.