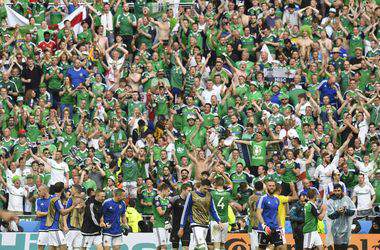 The man died during a match Ukraine – Northern Ireland.

A heart attack was Thursday the cause of death of 64-year-old fan who watched match of the European championship between the teams of Ukraine and Northern Ireland in the stadium in Lyon, reports AFP.

The Agency to date has no information about the nationality of the deceased.

At the same time, we know that he was rooting for team Northern Ireland.

Heart attacks in men happened on the podium. Arrived at the scene the medics were unable to revive him.

Ukraine national team lost to Northern Ireland in the match of the second round of the group stage of the European championship on football in France – 0:2.