Scientists have found the bark with a previously unknown curse 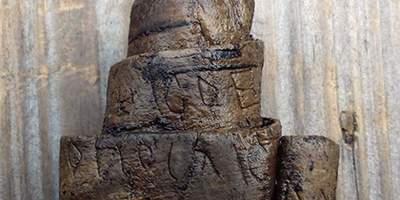 What meant the author of the letter remains unknown.

Despite difficulties with interpretation, linguists have managed to understand most of the first draft of the findings.

On birch bark discovered during the last season of excavations in Novgorod, the researchers saw a previously unknown Russian word for thieves and swindlers – “posek”. This was reported on the website of the Novgorod state United Museum-reserve.

Research is being conducted on the Trinity excavation in the Lyudin end in medieval Novgorod. June 22, on the site Trinity-XV, scientists found the first of the season birch bark — the layer of the first half of the XIV century.

The document contains only one line: “WOW ARTEMIA UO OSAKA THREE BEREGOVSKI”. It is a record of dues or debt. “Berkovets” – a measure of weight of grain or honey, is equal to 10 poods. The exact meaning of the message remains unclear. The word “posek” is found in birch bark documents for the first time. The main national expert on birch bark, academician Andrei Zaliznyak on the basis of the Pskov and Tver dialects gave the interpretation to him as “thief”, “crook”.

In 2015, the Russian archeologists have found the first birch bark in Vologda. Despite difficulties with interpretation, linguists have been able to understand most of the first text from Vologda: businessman Yakov, who lived in the first quarter of the fourteenth century, was trying to figure out, did not disappoint his messenger Ostap promised to transfer the money to a certain a Samoylo.