Scientists have figured out how most quickly to remember new information 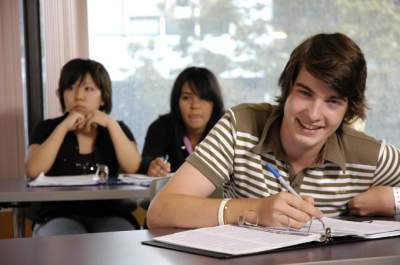 Scientists have told how to remember new information.

Dutch doctors conducted a new study that found a relationship between memorization of new information and physical activity. The corresponding article was published in the scientific journal Current Biology.

According to the conducted experiments, it is easier to remember something when combining mental and physical activities. In order to fix in their memory the new information, you need four hours after acquiring knowledge exercise exercise.

In the study, which was conducted by doctors from the Netherlands participated more than 70 people. Before them the task was to memorize for 40 minutes information on the provided pictures. After that, the participants of the testing were divided into three groups.

The subjects of the first study immediately after the data began to perform motor exercises, the second group did four hours later, and the third parties – limited to only mental labor. Appropriate exercise lasted 35 minutes, the first and second groups performed the exercises on a stationary bike.

After two days, the researchers tested how all three groups have coped with remembering new information. The result revealed that the best performance of those subjects who exercise four hours after the brain.

Doctors suggest that the cause of this phenomenon can be characterized by the connection of dopamine and norepinephrine that in tandem improve human memory.