Scientists have discovered how the blood cells are transformed into cancer 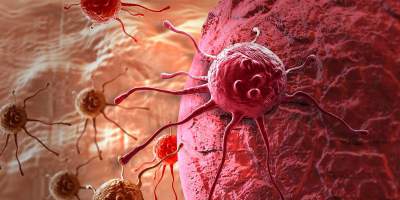 The mechanism of formation of cancer cells in the blood.

Managed to figure out how stem cells regenerate bone marrow with the formation of leukemia – blood cancer.

The team of geneticists from the scientific institutes of Canada and the United States managed to figure out how stem cells regenerate bone marrow with the formation of leukemia – blood cancer. It turned out that a key role in the pathological process is the editing system RNA. The article was published in the journal Cell Stem Cell.

Scientists have found that when a particular gene in stem cell precursors of white blood cells – mutations occur, cells become more sensitive to inflammatory responses. The result activates the enzyme ADAR1, which is famous for being able to edit a small RNA molecule, let-7, replacing the adenosine, the major component of nucleotides And inosine. let-7 is a microRNA that is involved in regulating the activity of many genes and the disruption of its work leads to uncontrolled growth of stem cells and regeneration of the tumor tissue.

In their research, the scientists used cell cultures, isolated from bone marrow of affected myeloid leukemia in the blastic phase of the crisis – threat and aggressive stage of cancer of the blood. The cells were transplanted into mice to determine the role of ADAR1 protein in the development of leukemia stem cells.

After genetics has identified the mechanism of ADAR1, they developed a method that allows you to stop the degeneration of cells. Suppressing sensitivity to inflammation or inhibiting the activity of an enzyme by using the compound 8-Aza, scientists have reconstructed the activity of let-7. The rate of regeneration of stem cells declined by 40 percent