Scientists have noticed that the last time the volcanoes in the world intensified. Over the past 10 days about 40 volcanoes showed increased activity. Was also seen increased seismic activity. Of all the erupting volcanoes 34 are located along the Pacific volcanic ring of fire. It is an area on the perimeter of the Pacific ocean, where most active volcanoes and many earthquakes. Just within the ring 328 is volcanoes.

In the XX century the average number of volcanic eruptions was 35 per year. Over the past week recorded the same number of eruptions. This trend cannot but worry scientists.

All because of a Big Cross?

Astrologers associate the increased activity of the volcanoes with the position of the stars form a Grand Cross with 5 to 10 June. The Grand Cross will consist of Saturn, Neptune, Jupiter, Venus and the Sun.

According to astrologers, the Grand Cross is a harbinger of natural and other disasters. It can cause seismic resonance that leads to the eruption of volcanoes, earthquakes and tsunamis. It was during this activity the configuration of the planets the eruption of mount Etna on 26 October 2013, a severe earthquake in several neighboring regions of Italy.

The growth of volcanism and deglaciation

Meanwhile, experts from Cambridge University believe that volcanic activity caused by the erosion of rocks and melting glaciers. Came to the same conclusion, and researchers from Switzerland. According to scientists, the increase in average temperatures leads to melting of glaciers, which is the reason for the increase of volcanism.

Scientists from the University of Geneva and ETH Zurich have created a computer model of geological processes on the planet. It showed that the melting of glaciers annually erodes up to 10 centimeters of the rocks. This reduces the pressure on the volcanoes and increases the risk of eruptions. 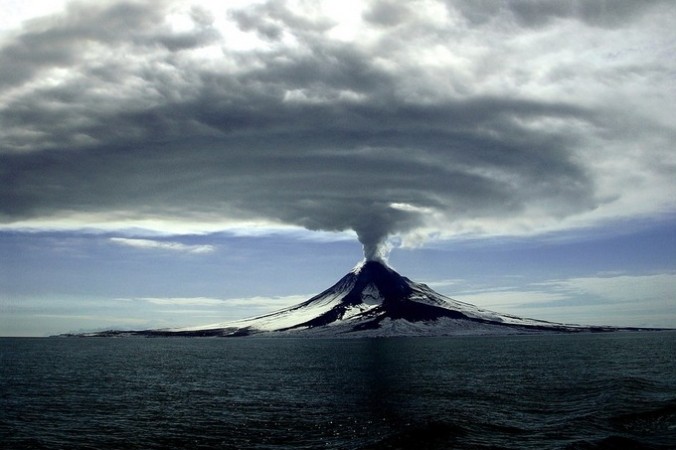 Scientists had previously observed that the melting of glaciers and volcanic activity have communication with each other. “But we found that erosion also plays a key role in this cycle,” said one of the study’s authors Professor Pietro Sterni.

The researchers note that there is a kind of cycle. First, global warming causes melting of glaciers and eruptions. The eruption, in turn, lead to the release of carbon dioxide, exacerbating global warming.

According to the researchers, it is this process that led to glacial and interglacial periods. Each of these periods lasted about 100 thousand years. While in the interglacial epochs of volcanic activity was much higher. Now we live in an inter-glacial period.

Scientists say that the glacial epoch duration of 100 thousand years consists of two periods — the formation and melting of ice. The ice formed thousands of years 80, and melts only 20 thousand years. This contributes to the intensification of volcanic emissions, which leads to permanent climate change.