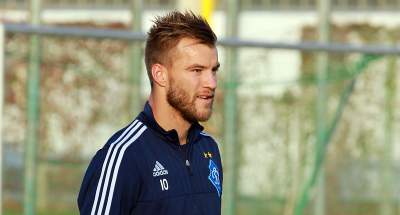 German Bundesliga club Schalke is considering the acquisition of the leader of “Dynamo” Andriy Yarmolenko.

As reported by the German press, the club from Gelsenkirchen this summer for a large amount sell of their young leader, Leroy Sané, who are actively interested in “Bavaria” and “Manchester city”.

After leaving Sana’a for Schalke will be relevant in the search for a new winger – in the camp of “Cobalt” can move Alex Oxad-Chamberlain (Arsenal), Antonio candreva (Lazio), Andre Schurrle (Wolfsburg), son Heung-Min (Lazio), midfielder Kiev “Dynamo” Andriy Yarmolenko.

Shares Yarmolenko has plummeted after a poor performance at the European championship. However, Ukrainian is still on the radar of European clubs – the interest in Yarmolenko is credited with many British clubs, on the invitation of the Ukrainian national team player thinking of Borussia Dortmund, Valencia and PSG.

Last season at club level for Yarmolenko has been very good – the Ukrainian Dynamo in all competitions has played 34 matches, scoring 19 goals and giving 13 assists.