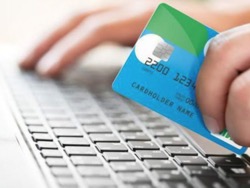 To the national payment system “the World” joined the order of hundreds of Russian banks. This, speaking at the St. Petersburg international economic forum, said the Director of the NPCs (national payment card system Vladimir Komlev. Recall that the system began to be implemented from mid-2014.

Director of the NBTS noted that the project is aimed, primarily, at ensuring the security of the Russian financial system, and is designed to make convenient and secure payments of the Russians.

Komlev reminded of the loyalty system payment card “the World”, which should appear by the end of this year. It will be the basis the system of “cash back” that will eliminate additional costs by the involved banks. Currently in Russia the number of 140 thousand cardholders “Peace.” Until the end of 2016 it is planned to produce about 16 million cards.

According to the Director of Komleva, in the near future this map the Russians will be able to pay, even when abroad. Now the issue is solved with the payment systems of the United States, Armenia, Japan and Europe. Also, by the end of the current year it is planned to implement a joint project with Vietnamese colleagues. In addition, the development is the cooperation with the EAEU countries and some other areas.