Home / Business / Residents of the city drowning in its own garbage

Residents of the city drowning in its own garbage The fact that two days ago happened in the village Hrybovychi Large a few kilometers from the line Lviv – other than a warning and even a sign, not name.

Monday, may 30, around 15-20, suddenly collapsed, a huge garbage dump – by the way, the only one in the whole city of Lviv. According to preliminary estimates, from a height of 90 meters collapsed piece of landfill, total volume of about 100 thousand square meters of debris.Three employees of the state service for emergency situations were under the rubble debris. About this informed the head a press-services of head Department gschs in the Lvov area Vitaly Turovtsev.

“About half an hour ago, three of our employees were inspected on scene of the fire at the dump in Hrybovychi. A landslide occurred and they were under him,” said Turovtsev.

It was Bogdan Junco, Sergeant DPRCH-17 g. Zhovkva, 27 years old, Yuriy rudyy, head DPRP-48 g. Rava-Russian, 29 years, and Andrew Vankevich, the commander of the guard DPRCH-17 g. Zhovkva, 32. According to preliminary data, under blockages there could be a fourth man – a 61-year-old environmentalist LKP Zbyranka that day can’t find.

By the way, the deceased Andrew Vankevich people in the city notorious.

He was the head of the local Union of firefighters, was a member of the Zhovkva city Council from party “DILL”, and in 2014 ran for mayor of this city. He is survived by his wife and two sons, 7 and 8 years. 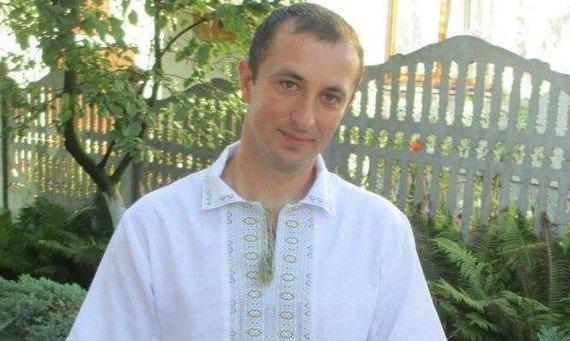 But the main trouble was not in the fire and not even the fact that people died.

Grabovica landfill is located just 3 km from the city. It was opened in 1956 and over 60 years here on the area more than 30 hectares has accumulated waste with a height of 50 to 65 meters. In addition, the dump is from 3 to 5 lakes where stored, according to various estimates, from 200 to 500 thousand tonnes of acid tars. And if this whole wave now breaks Grabovetskyy the dam will fall into the surrounding reservoirs. And this is a real disaster. That Grabovetskyy the landfill should close, say since the 1990s. However, until an alternative site for garbage from the city and surrounding areas are not found. However, locals say that the landfill has 12 years, officially closed. But during these 12 years, managed to fill this very tall mountain of garbage…

And now, these piles of garbage can break through a dam, which still miraculously held back all these mountains of garbage. You see, the Cup overflowed? Including patience up there? 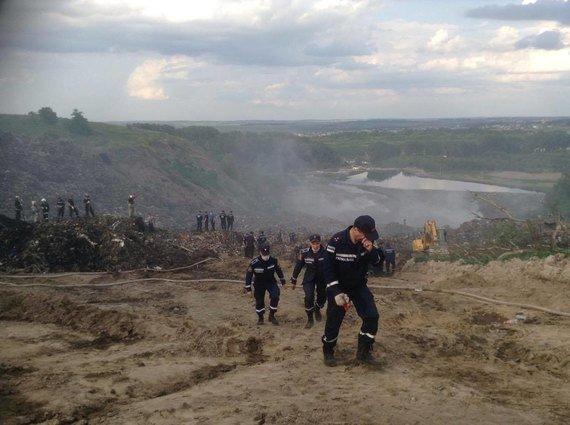 What now? All these years, citizens of Lviv, as well as residents of neighboring villages live in this garbage dump. Some many years sought its closure. Litter and others live on. And now it is garbage if a tsunami will flood Galichsky the capital – maybe this is the punishment for all that galychane did with Ukraine? 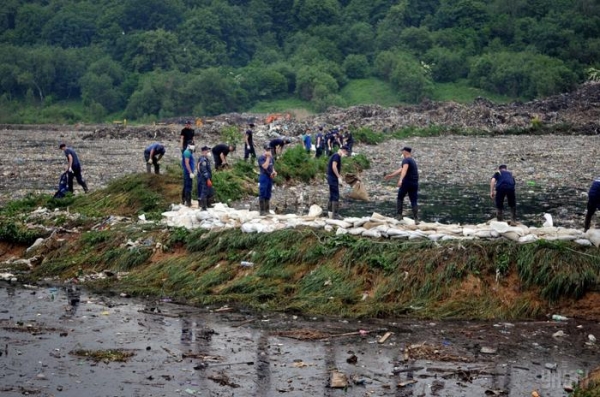 Of course, as they say, a sin to laugh at sick people, especially sick in the head. But these are not public in the forefront Purley on Euromaidan in Kiev? After all, the main part of the so-called “Heavenly hundred”, which was shot by unknown snipers on Instytutska street from the Lviv hundred.

Not the Lvov sent their sons, brothers, fathers and husbands in the Donbass to fight against the same “dinocrates”? Which are the same as the people of Kiev rose up against the hated power?

Not these lvoyane mocked killed in Donetsk, Luhansk and other civilians in Eastern Ukraine, as well as the dead in Odessa, calling them “Colorado”, “separable”, “putinoidy” and other nasty names?

If these are not Lviv talked about the fact that “genetic garbage” in the Donbass must be destroyed?

Now the residents of the “city Lava” wallow in their own garbage and drowning in their own shit. Out of town stopped to take out the trash. And maybe it’s wrong and politically incorrect, but it seems to me that this is all very symbolic…

PS. Well, when it was my dump to do if they were busy that it in Kiev was staged?