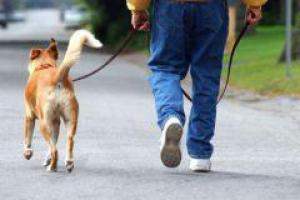 This is a great prevention.

For cancer prevention do not have to bring themselves to exhaustion in the gym – enough to make regular trips to walk up the stairs instead of the Elevator.

Polyps in the colon – cancer precursors, however, they can be successfully fought, if not to forget about physical activity. Even minimal physical effort is able to protect people from the formation of polyps in the colon. Approximately one hour of exercise, such as walking, per week, significantly reduces the risk. Especially for obese people, report scientists from Chicago, USA.

The study involved 1000 patients of middle age, of whom about two thirds were overweight, and half played sports less than an hour a week. Colonoscopic examination showed that in people who led a more active life, the risk of polyps was equal to 25.3 percent, and those who were immobilized way of life – 33.2 per cent. The people who put in hours of physical activity over the past three years, suffered from polyps less than others.

“No one knows why exercise has a positive effect on the health of the colon. Perhaps it has something to do with insulin and growth factors insulin,” the scientists suggest. At this stage, their challenge is to figure out what exercises are most useful to prevent the formation of polyps.