Production of the tablet Google Nexus 9 will be closed 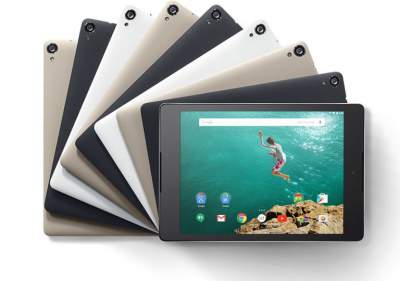 He never managed to become popular.

Google has officially announced that production of the tablet, which was designed in conjunction with HTC, will be discontinued this year. Google Nexus 9 was introduced in 2014 and he never managed to become popular.

Nexus 9 has got 8.9″ screen, protected glass Gorilla Glass 3 with a resolution of 2048×1536 (like the iPad). That is, the aspect ratio is 4:3. A first for Nexus products this unit has a 64-bit processor, namely the NVIDIA Tegra K1 with an operating frequency of 2.3 GHz with graphics accelerator Kepler. It has 2 GB of RAM. As a result, Google has remained single-brand tablet — Pixel C. From the point of view of technical characteristics and approaches to creating, it can be much more interesting with the release of a new Android N. it includes a processor Nvidia Tegra X1 and 3GB of RAM. The screen has a diagonal of 10.2 inches and a resolution of 2560×1800, which gives a pixel density of 308 ppi. Adding mass port, it uses USB Type-C.