Photo of a giant gorge on the Charon NASA has published 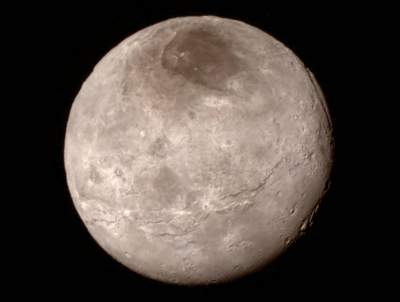 NASA published a picture of a giant canyon, which is located on the largest moon of Pluto Charon. The picture was published on the website NASA.

Canyon, which received the informal name canyon Argo, stretches for 700 kilometers, for comparison, the length of the Grand Canyon is 450 km. In the picture, which was received by the apparatus of the New Horizons for a few hours before the nearest passage on Charon on July 14, it is possible to notice the stretch of canyon with a length of 300 kilometers.

New Horizons — automatic interplanetary station NASA, launched in the framework of the “New frontier” (New Frontiers) and is designed to study Pluto and its natural satellite Charon.