Home / Culture / Nikita Dzhigurda shook the audience with his appearance

Nikita Dzhigurda shook the audience with his appearance 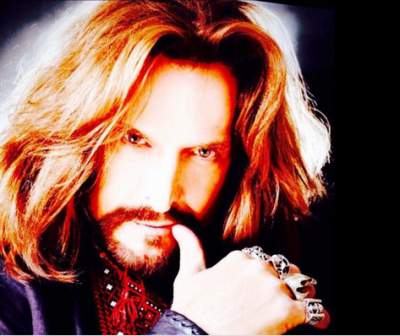 From the former outrageous Dzhigurda not gone.

For anybody not a secret that Nikita used paint for the hair and beard, because he already began to turn gray. All of a sudden Nikita stopped wearing makeup and now he’s almost completely gray. Moreover, he showed his natural appearance, not paint arrows on the eyes. Outwardly of the chair was like a wise old man, and this image suits him, at least, so say his fans. However, many agreed that he was too old and most likely such changes in appearance tempted him either job or life, which over the past year too much grief has happened.

At the end of 2015 Nikita Dzhigurda and his wife Marina Anisina lost the baby. The wife of the flamboyant actor was carrying the third child and was going to give birth live, but in the last months of the pregnancy broke. Tragedy, in the literal sense of the word knocked down and Marina and Nikita. Then in their family there was one more mishap in a country house found the body of the murdered Ludmila Bratash, who was the son Dzhigurda godmother.

Nikita has repeatedly tried to convey to everyone that she was murdered and Lucy’s death was not accidental. Today, along with a new photo on Twitter Dzhigurda wrote: “happy birthday my godfathers – Lucy Bratash, the media will publish the indisputable evidence that she was killed Dmitry Kuronov.”.