NASA released a new photo of the Martian surface.

Satellite in orbit of the red planet took a photo of a lone Curiosity that travels to Mars.

In the pictures you can see that now the Rover explores the plateau of the Naukluft. This area is located near field Bagnold Dunes. Experts say that this place can be considered a Sandstone outcrop. In order to see the Rover, you have to bring the. If you do this, you can see that from the Curiosity Rover even no trace remains.

Scientists explain this by the fact that the Rover rides through the countryside where very little sand and dust. So little that nothing to leave marks.

These photos provided by the camera HiRISE, installed on Board the spacecraft Mars Reconnaissance Orbiter. 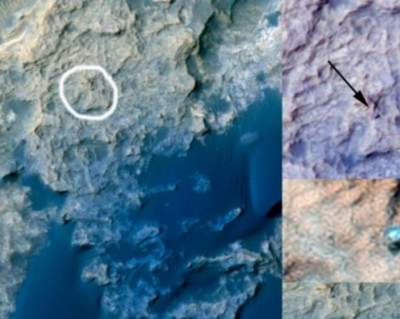