Today the legendary musician would have celebrated 54-letie.

Today, June 21, Viktor Tsoi would have turned 54 years old. We decided to tell you about a few monuments and architectural objects, created in honor of the beloved musician.

After the tragic death of Viktor Tsoi in 1990 at the Arbat house have a 37 appeared Wall of remembrance a rock star: someone high up across the wall brought the black “died Today Viktor Tsoi”, and in response a little later was added “Tsoi is alive”. 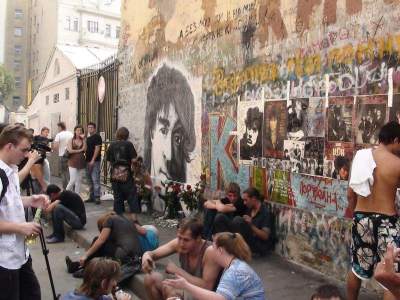 A temporary monument to Victor Tsoi , the Moscow sculptor Alexei Blagovestnov on Nevsky Prospekt near the cinema “Aurora”.

Plaster sculpture depicts a musician sitting on a motorcycle, was established in July 2009. In Moscow, there was no place for this monument: in the beginning it was planned that it will be installed on the Old Arbat, near the Wall of Viktor Tsoi (Krivoarbatskiy pereulok), however, due to the dissatisfaction of the local residents didn’t want large concentrations of people near the house, the Commission on monumental art decided that the monument should not stand in this place.

It is planned that the monument will be exhibited in the cities of Russia and will finish his journey in America in the Hall of fame rock-n-roll. In General, it should be noted, with a permanent monument to Victor Tsoi in Moscow there’s some absolutely incomprehensible situation — it opening and then postponed indefinitely. Marianne Choi, the widow of Victor Tsoi, personally supervising the issue of the monument, did not wait in life, the solution to this question. The square of a name of Victor Tsoi appeared in the end of last year. The photo itself “Kamchatka” — the legendary St. Petersburg boiler house, which was once the place of work rock musician, and is now a place of pilgrimage for his many fans.

Street of Victor Tsoi in the city of Noyabrsk Tyumen region. 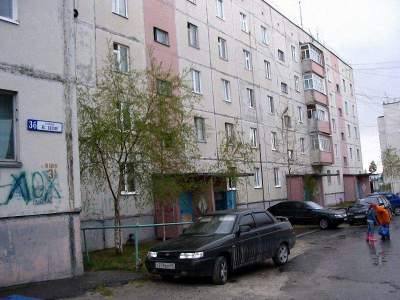 A monument in Barnaul.

Near Altai state pedagogical Academy, the first University in Altai, and the initiator of the installation was known Barnaul businessman and bodybuilder, big fan of the band “Kino” Alexander Starygin. Worked on a sculpture of Sergey Bulgacov. Here, too, the opening of the monument was constantly postponed — Alexander Starygin did not live to see the moment of realization of their project. The place of death of Viktor Tsoy. Funds for the monument were collected by the admirers of his talent, and based on the sculpture, its authors took one of the most popular photographs of the musician, where he is depicted with crossed arms.