Mohammed Ali is in critical condition 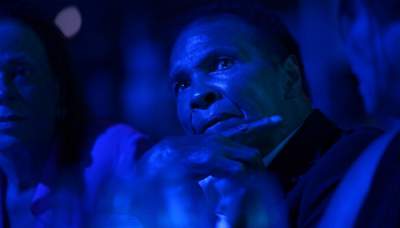 Legendary boxer Muhammad Ali admitted to hospital because of problems with the lungs – the doctors fight for life the 74-year-old American.

Official representative of the family of the ex-boxer Bob Gunnell claimed that Ali needs short-term hospitalization due to problems with breathing. According to the “Daily Mirror”, Ali is in intensive care in a hospital in new York city, the livelihoods of the former world champion in the heavyweight division supports the respirator.

Since 1984, Ali unsuccessfully struggling with Parkinson’s disease. Now this disease is complicated by the struggle for his life. At the moment doctors can not give specific information on the state of Ali.

“His children are extremely worried and dropped everything to be there. They fear the worst. Ali – all of them, and this raises the fear,” said a source close to the situation.

Muhammad Ali the last time was in the hands of physicians at the end of 2014. The former boxer suspected pneumonia, but the doctors found out that Ali has a urinary tract infection. In early January 2015, Ali returned home.