Medical experiments, from which the blood run cold. Photo 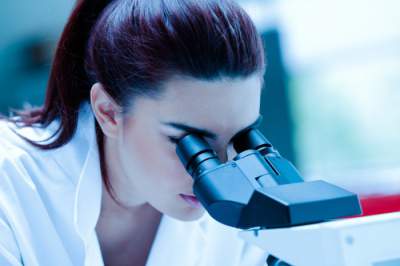 It often happens that medical experiments could be a script for a horror movie. Few know how much pain and suffering was caused by people for centuries in the name of science and the alleged progress. Today we will talk about blood chilling medical experiments that were often turned healthy people into patients absolutely.

1. Vaccinations for children from poor families 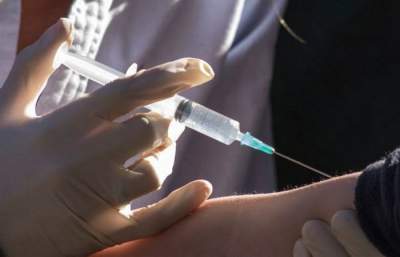 In 1908, the doctors tried desperately to find a cure or at least prevention of tuberculosis. At the children’s hospital in Washington “experts” decided to experiment on children from poor families. They inoculated 10 children with the virus of tuberculosis and tuberculin of Koch without the knowledge or consent of their parents or guardians.

When it was discovered, the doctors refused to disclose the names of the children they experimented on, because “their parents belonged to the ignorant class and could argue against such experiments.” Despite the fact that no one denies the obvious need for the solution to the problem of tuberculosis, the fact that doctors started to experiment on children from poor families without the knowledge or consent of their parents, is just a terrible violation of human rights. The United States is not the only country, which tried to learn more about infectious diseases, their spread and how to end them. In 1871 in Russia, conducted experiments to find out the reasons for the spread of cholera and at the same time studied the effect of mind on human health. It was used by the prisoners-murderers.

The four men are placed at night in beds that previously died of cholera people. After spending the night in these beds, the men showed no signs of disease. Then the men the next night I put her to bed in clean four beds, but they said that people who slept in those beds before them, died of cholera.

Three of every four persons died of cholera within four hours. During the cholera epidemic in the 19th century the doctors soon discovered that cholera is not transmitted from person to person and transmitted through dirty drinking water. That is why the prisoners didn’t get infected after sleeping on “cholera beds”. 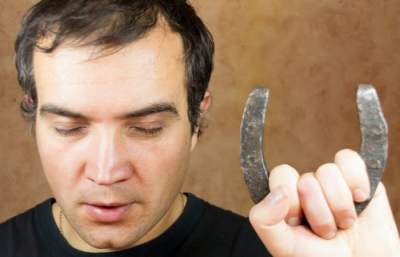 History is full of wacky experiments and bizarre attempts of treatment. In 1895 the Newspapers in the United States, wrote excitedly about the latest medical experiment conducted in Paris. Paris, the doctor believed that happiness can be transmitted from one person to another. To prove his theory, he made people happy to wear a horseshoe on his head.

It was believed that the horseshoe will “attract” them with happy thoughts. Then the lucky horseshoes were distributed to people suffering from melancholy, and they also wore them on her head. It is likely that this “treatment” helped some because of self-hypnosis.

4. Why do we need enemies when you have friends 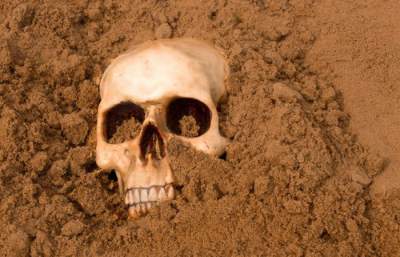 Sometimes, as the saying goes, “why do we need enemies when you have friends who are worse than enemies.” One person not lucky enough to have friends who considered themselves able to own a medical experiment. In 1881 this man was struck by lightning, after which he was paralyzed.

His friends thought he was paralyzed because his body had an electric charge from lightning, so the victim must… be grounded. They dug a big hole and buried in it a paralyzed man in the chin. Unfortunately, he died in the pit.

5. The return to life after execution In 1879 was published a terrible article titled “Died twice.” It was discussed that executed people after death suddenly began to cough, rolling his eyes and groaning. After the execution by hanging of a certain Merrick, who killed his wife, his body was transferred to the Medical College of Indianapolis for medical experiments. Professor, head of the experiment, turned to his class, saying: “Lord, this experience will show how vital processes can be suspended and resumed”.

In light of the dead was pumped the air and coagulated blood was removed and replaced with a strange mixture of the blood of sheep and milk that has been heated to 38 degrees Celsius. Then through two holes drilled in the skull, inserted the wires attached to the battery. Assistants manually reanimated corpse. The dead man began to palpable pulse, and then his eyes started spinning in their sockets. Suddenly “heart began to beat more steadily, the face became more vibrant color, and the pectoral muscles began to shrink, as if the dead wanted to cough”.

The Professor had drilled a few holes in the skull and connected to the brain electrodes, causing legs to twitch, hands clench, eyes to turn, to open and close, and the language come out of my mouth. When the Professor finished the lecture, the electrodes were removed from the body, the corpse continued to cough, turn the head and shudder in convulsions. Thus, the body experienced a second death in a few minutes. What is most surprising in some medical experiments more than 100 years ago, is not only how disgusting they were, but what about them in detail in the papers. In a report published in 1866, was painted in detail the experiment conducted in France. Four men, who raised a riot at sea on the ship, were taken back on land, after which they were executed.

Immediately after they were beheaded, their heads and bodies were handed over to surgeons for experimentation. As explained in the description of the experiment with the bodies, wrapped in sheets, lay four blue-purple head. Work began immediately. Nerves still quivered, and the flesh was still warm. Immediately, the doctors found that the muscles contract under the influence of electric current.

Muscular contraction was so strong that even after 20 minutes one of the doctors applying the electric current led to the fact that the four heads began to portray the horrible grimaces. The face of one of the severed heads has taken a particularly terrible expression. In this case, a pencil placed between the teeth of this head was fractured teeth as though she were made of glass.

7. Experiments on the orphans 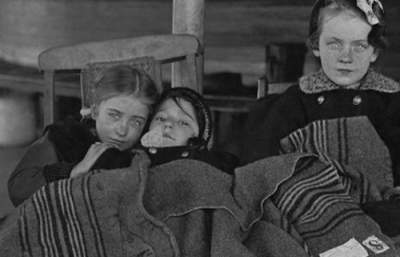 “The Washington Herald in 1913 he published an article, “orphans become the objects of vivisection”. The article talked about how orphans were used as Guinea pigs in various hospitals around the world. Some children were given an injection of syphilis and other diseases in the name of science and progress.

As an example, was given a Japanese doctor who conducted experiments on 146 orphans, which he took to hospitals. At that time there were no laws to protect orphans from being used for medical experiments. It was noted that physicians were experimenting only on the poor people, “whose life was worth nothing”. One bacteriologist in a newspaper article from 1898, he placed his justification that pot is not so bad. He put his subject in a steam bath, and then tested the pot with it. The bacteriologist found that sweat is full of germs and came to the conclusion that in the process of sweating from the body are excreted bacteria that were inside the body. He believed that in case of any disease is possible to make an accurate diagnosis based on the analysis of the patient’s sweat.

Unlike the old conclusions that sweat is full of germs, a new study shows that the organism produces an antibiotic called dermcidin, which can kill Staphylococcus aureus and other harmful bacteria. In the “new York tribune” in 1921 published an interesting article entitled “Japanese medical College is experimenting with enamel. At first glance, it sounds safe enough, but in further reading it turns out that “Japanese doctors conducted experiments on grafting of animal glands into the interstitial gland of a person to prevent dementia people.”

Further research showed that in the early 1900’s, the doctors and surgeons around the world have experimented with grafting glands from animals to people. The idea all of this was to prevent aging and increase libido. In the end, doctors have come up with a special serum, made from extracts of sex glands of animals, the effect of which was like viagra. This medical tests on today’s standards can be considered is that a cruel joke. The report was published in 1904 in connection with the incident that occurred in Havana during the Spanish-American war in 1898. According to the story, the surgeon and the young Lieutenant had a big fight and it almost came to the slaughter.

In the end the dispute they decided very unusual method — the doctors have prepared for debaters two identical pills, one of which was poison.
The first was the surgeon. He swallowed the pill and nothing happened. Then put the pill in your mouth Lieutenant, he turned pale at the same time (because he believed that just swallowed poison).

One of the doctors who watched the debaters, said the Lieutenant: “If You have something to say, I recommend to do it quickly, because the poison works quickly and soon the language will be paralyzed.” The Lieutenant fell to the ground, because the feet would not obey and could not anything to say. But the essence of this experiment lies in the fact that no poison was not. People just convinced himself that it was poisoned.