Home / Sports / Lomachenko refused to speak at the Olympics

Lomachenko refused to speak at the Olympics 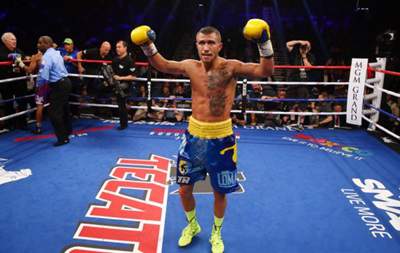 Lomachenko interested in a trip to the upcoming Olympic games, however the schedule of carrying out of a qualifying tournament and the Olympics are built very poorly. For a short period twice to be peak form Ukrainian will not be.

“I would like to play the Games, I have a desire. If AIBA decided that the world Champions in the pros can participate in the Olympic games without a license, maybe I would have gone on this adventure and for the third time tried to win a medal for their country.

They made too short period between selection and the Olympics. For the athlete too difficulty to be peak form for the tournament license and then for a short period of time to prepare for the Olympics. I think that it is wrong. I do it just will not”, – said Lomachenko.

Vasyl Lomachenko won at the Olympics in 2008 and 2012. A native of Belgorod-Dniester is the only Ukrainian two-time Olympic Boxing champion.

We will remind, on Saturday Lomachenko in new York will meet with the world champion under version WBO in the second Featherweight.