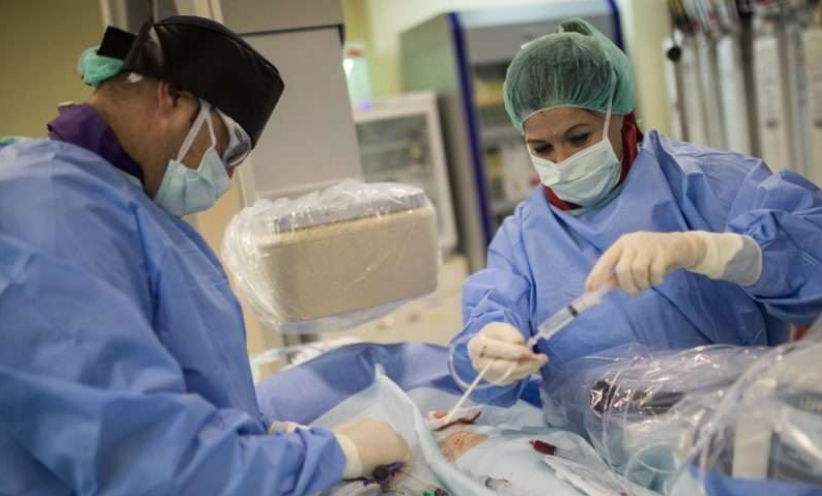 “Everyone here in Gaza talks about how Israeli doctors are the most professional in the world and that they can be trusted completely.”

(TPS) Israeli surgeons saved the life of a five-year-old Gaza boy born with a heart defect, Save A Child’s Heart announced on Monday.

Amir Yichya Mabchuch, who lives in Jabalia, north of Gaza City, was born with a congenital heart defect which was first diagnosed when he was two months old. The defect was the result of a blockage in Amir’s coronary arteries, and it severely limited his activities. The exertion from simply walking put a strain on his heart that was potentially life-threatening and he was not allowed to run.

The open-heart surgery necessary to treat Amir’s condition is unavailable in Gaza, so he lived under constant medical supervision. Eventually, a doctor suggested to Amir’s parents that they contact Save A Child’s Heart, an Israeli humanitarian organization that provides treatment for children with congenital heart defects from countries where such treatment is not possible.

“When the doctor told us there was a possibility for Israeli doctors to carry out the complicated operation Amir needed, we were so happy,” his mother, Maha said. “Everyone here in Gaza talks about how Israeli doctors are the most professional in the world and that they can be trusted completely. The doctor put us in contact with the organization, and that was how we started the process toward open-heart surgery.”

Doctors operated on Amir at the Wolfson Medical Center in Holon on Sunday and Save A Child’s Heart said the operation was a success. Amir is now recuperating there.