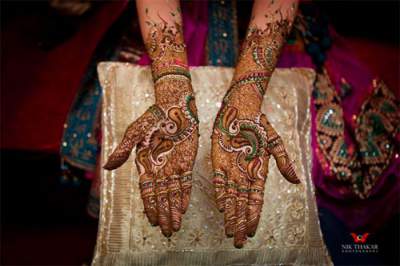 Amazing Indian tradition to paint the hands and feet of the bride black henna.

Ah this wedding, wedding, wedding sang and danced… and impose the newlyweds are centuries-old traditions, as the bride, stealing shoes and mystery of the first night. In different countries their customs, which the young try to honor. For example, in India before the wedding, the groom gives the bride a box of henna, with which she paints the body with the traditional pattern of Mehndi.

Moreover, it is the bride herself. According to the customs, before the wedding in the house the girls are going to her friends and women of the older generation. While young sing old songs, the adults teach the bride how best to appease the young husband, that he was satisfied and on the side of not looked. It is believed that the more intricate and finer the pattern on the hands and feet of the bride, the more she had time to teach the older generation.

The wedding lasted exactly as long as I kept the Mehndi on the bride’s body. Exactly the same girl might not work on the house, because the henna was considered sacred, and it was impossible to dampen household chores and dirty dirty dishes.

As for the symbols depicted on the body of the bride, they are also considered symbolic. For example, a triangle, point upwards represents the male (active) start, and with its apex directed down – submissive woman. Depicted on the palms of the Crescent moon symbolized the birth of a child. Flowers and fruits – the coming joy of family life. A bow with an arrow drawn on the feet, mysteriously helped the pair to overcome all the difficulties. And the image of the fish was the signal for a future husband, talking about submission to women in bed.

Needless to say that the master of Mehndi tried to fit all the characters on the body of the bride? However, for each figure, a woman had to be responsible. Promised to give birth to children? Be good, do. Told that going to be good? Then stop being a fuss over nothing. Today brides also make Mehndi before the wedding. However, applied to traditional tattoo already not friends, and the masters in beauty salons. It is understandable. The artist draws better, more professional. 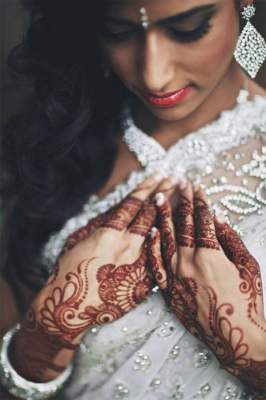 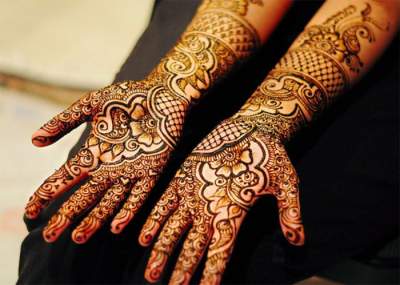