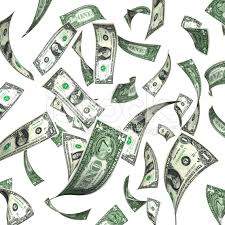 In the US, collectors of 20.5 thousands of dollars blown by the wind

The incident occurred on the morning of 15 June in the city Providence of the state Rhode island. Collector car company VGP s has entered the territory of Hospital of Rhode island, when she suddenly opened the back door.

From the car he had three bags of money, two of them snapped under the wheels of a machine that went after him.

A gust of wind blew the bills. Collectors were able to collect some cash, but lost 20.5 thousand dollars.

The publication said that the money was probably picked up by passers-by.

Now representatives WGP s are checking. They are going to figure out how the door of an armored vehicle can be opened.