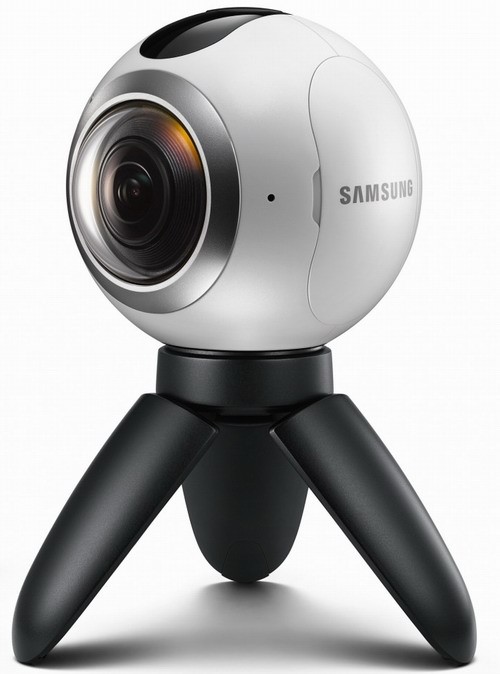 Samsung announced the imminent launch of pre-orders for their new camera Gear 360, announced in late February at the MWC in Barcelona in 2016. Reception of applications will start June 14 and will last for a little over a week, until June 23, and you can place your order on very favorable terms.

All those who will order the camera 360 Samsung Gear and will buy it back until July 24 of this year, will receive a gift from the Korean vendor’s microSD card to 64 GB and trendy at the same time a virtual reality helmet Samsung Gear VR. We emphasize that all of this will be a gift and it will not be included in the cost of the camera itself. Samsung Gear 360 was designed for shooting panoramic video for what it is manned by two Fisheye cameras with matrices of 15 megapixels. In view of this shooting may be conducted with a viewing angle up to 360 degrees and the resolution 3840х1920 pixels at frequency of 30 frames per second. Of course, you can choose a lower resolution with a corresponding increase in the frame rate.

Samsung Gear 360 has protection against moisture standard ІР53 and can do 30-megapixel images. The new model includes a battery capacity 1330 mAh battery, gyroscope, accelerometer, modules NFC, Wi-Fi 802.11 ac and Bluetooth 4.1, as well as USB 2.0 and compatible with many modern smartphones the Samsung brand, including a new series of S7. Samsung Gear 360 can activate only one camera, if 360-degree videos at the moment are out of date. The dimensions of the chamber amounted to 67х56х60 mm and weighs 153 grams. Price question — for clarification.